As part of the 10-year anniversary celebration of DHC/ART, curator Cheryl Sim invited filmmaker Robin McKenna to take part in a public conversation with Lewis Hyde. Hyde is the author of The Gift: Creativity and the Artist in the Modern World, a book that inspired both L’OFFRE and McKenna’s upcoming feature-length documentary GIFT.

Presented in association with DHC/ART, her film will premiere at FIFA, International Festival of Films on Art, and was selected for the 2018 competition. Written, directed and coproduced by McKenna, GIFT is a poetic outlook on gift economies through art and cultural practices. It follows four storylines linked by creativity, generosity, resistance and defiance. We meet a young Kwakwaka’wakw artist and chief in Alert Bay on northern Vancouver Island, BC, as he organizes a Potlatch ceremony. We then embark on a woman’s journey as she prepares for Burning Man, an annual festival happening in the Black Rock Desert of Nevada, we are introduced to the moving works of Taiwanese artist Lee Mingwei and finally, have a glimpse at life at Metropoliz, a beautiful and peculiar museum in Rome.

“It was a challenge to try to show something that is basically invisible,” McKenna says. “How do you capture these stories, the connections and relationships between people and show both the outer and the inner gifts? I tried to express the ideas of a complex book through a film without interviews. Before starting, I contacted Hyde saying I would like to adapt his book to the 21st century.”

A gift is something that can’t be measured

“The danger of a film like this is that it is all beautiful and romantic,” McKenna says after my praises of the film. “But I try to reflect the reality of the world right now, which is also dark.” Indeed, the film does an excellent job portraying not only the selflessness associated with artists’ work, but also the vulnerability, complexities and different levels of investment that come with it. “On Saturdays, I like to go out with my purse and pretend to be a person visiting the museum,” says one of the film’s characters. “My friends are here. I go where I want, I do what I want.” Such statement would not strike most of us as noteworthy, had it not been voiced by a Roma girl as she refers to her home – which is both a museum and an occupation. Metropoliz, Museum of the Other and the Elsewhere is a “living contemporary art museum” in Rome that houses about 200 migrants and precarious workers under constant threat of eviction and police brutality. This former salami factory operates solely on the principles of gift economy: artists come from all over the world to contribute to the site with mural paintings, sculptures and installations, thus creating a protective layer to the contested space by using the value of the art market to outweigh real estate speculation. Here, McKenna shows us how art can address some of the most pressing issues of our times, by inspiring us not only to envision, but also to act on more equitable futures for ourselves and our communities. “A gift is something that can’t be measured,” she says. “What art gives us is intangible, it’s a catalyst for transformation.”

Look for your encounter

“Something that came out of making the film, but that was not part of the book, was the flip side of receiving a gift. It’s not always easy,” says McKenna. “This is what is so beautiful about [Lee Mingwei’s] Sonic Blossom – you’re put in a spot where your only job is to receive. It takes an openness that not everyone is ready for.” In the film, we can see the Taiwanese artist instruct the singers: “look for your encounter.” Montreal visitors might have had the opportunity to experience this work from the Taiwanese artist at DHC/ART during the L’OFFRE exhibition, where, on weekends, singers stroll in the galleries and approach a visitor with the question: “may I offer you the gift of song?” If they accept, they are invited to sit while the singer offers a one-on-one performance of one of Franz Schubert’s lieder. Other gallery visitors can watch and partake on this ephemeral gift, but the intimacy that is created between the sitter and the singer can only be experienced in the present moment. 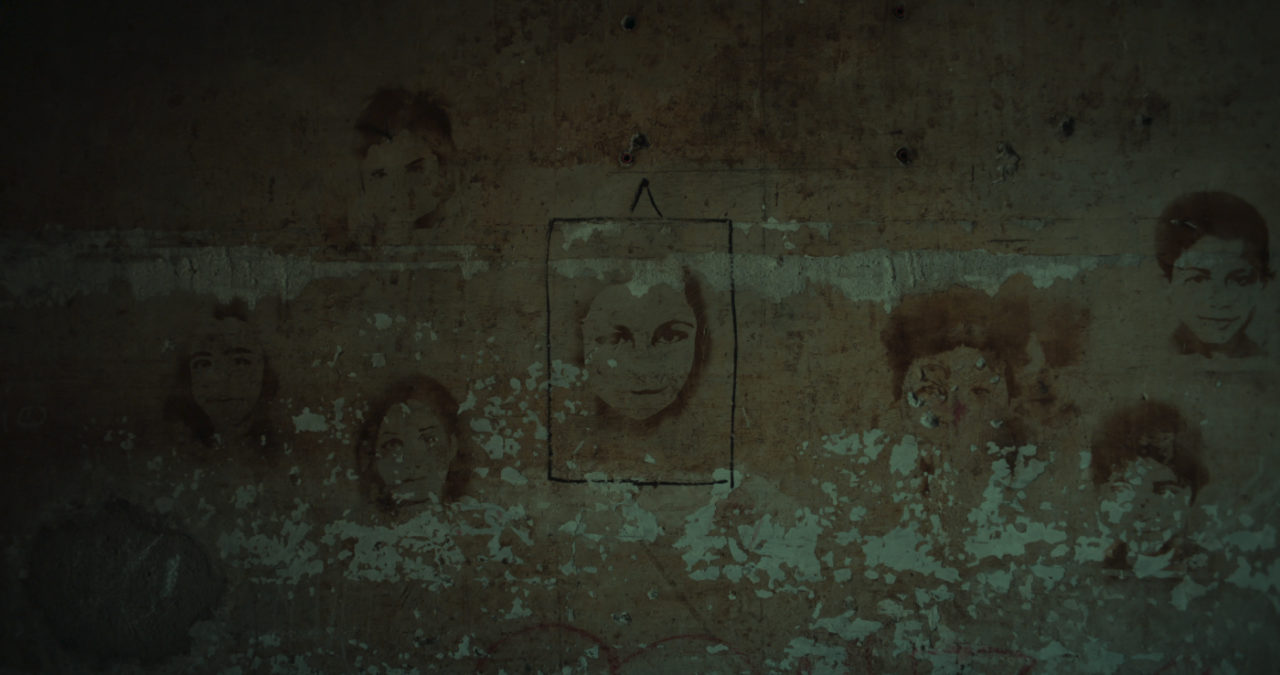 A gift isn’t fully realized until it is given away.

McKenna hopes that the film will spark conversations and connect people. “It plants seeds,” she says. “And what happens after goes so much further.” Five years in the making, she is very excited to share the film and hopes to screen it in places like the Metropoliz and other locations where people would not have access to it. “Now that I am thinking about distribution, I understand the fear of having someone refuse your gift” she says smiling.

GIFT will premiere on Friday, March 16, at 8:45 PM at the Montreal Museum of Fine Arts – Maxwell-Cummings Auditorium (Screening #34).

The exhibition L’OFFRE will close on March 11.

Robin McKenna is director, producer and writer of GIFT. Currently, she is directing a short film with the NFB for the Governor General’s Awards for the Performing Arts—and finishing Thanadoula, a short animated documentary fairytale about a girl’s search for her older sister and the “crow magic” connecting them.She is producer/co-director of Medicine, a feature documentary in post-production, about ayahuasca, medicine and healing.

Robin began making films with La Course destination monde. Her film The Great War Experience won Yorkton Film Festival’s Founders’ Award in 2007. Her cinematography credits include City of Borders (Berlinale, Hot Docs 2008) and The Take with Naomi Klein and Avi Lewis (AFI Best Documentary, 2004). She is an alumnus of Hot Docs Doc Lab, and has been a filmmaker-mentor with Wapikoni Mobile.

Monica Dumitru, one of the young inhabitants of Metropoliz/MAAM museum in Rome, Italy. Artwork in background, in her family's living quarters, by Sabrina Dan. Still from GIFT, Nicolas Canniccioni.

Before the potlatch. Still from GIFT, Mark O'Fearghail.

Portraits of the inhabitants of Metropoliz/MAAM by artist Guendalina Salini. Still from GIFT, Nicolas Canniccioni.

Our Selection of Illustrated Books for Children — On Diaspora

Written by Marie-Hélène Lemaire Head of Education, PHI Foundation This article contains our selection of English titles only. To view French titles, please click here. Throughout the fall, the team of educators at the PHI Foundation has offered online presentations to
Lire la suite
Exposition reliée