Sonic Blossom, created in 2013 after the artist’s mother underwent an invasive surgery, explores the connection between two beings, and how that relationship can be altered by the offering of a transformational gift.

My name is Anna Sadofsky, and I have been working at DHC/ART since August 2016. For the exhibition L’OFFRE, I act as a caretaker for the singers. My participation in this piece allows for the singer to maintain a position of a demigod, acting as somewhat of a buffer between the singer and the recipient. I have been fortunate enough to witness and experience the power of the performance firsthand, and have engaged in conversations with all of the singers to reflect on this magical piece.

Alice Newman-Gougeon: Wow. My routine, I guess I don’t have much of a routine, I usually try to warm up at home, especially if I start in the later half of the day to not disrupt visitors. I’ll normally warm up in the bathroom a little bit. I’ll have tea, either English breakfast with lavender or ginger tea if I’m feeling tired or sick, that’s pretty much it. If it gets colder, I’ll stretch and keep moving a bit more. In terms of warming up and routines its similar to past roles, I've never had a role in an opera so I can't tell you how different it is from that. The fact that you’re singing to people in such an intimate setting, you know it’ll change each time, and that makes me nervous because you're thinking about how each person is individually going to respond. I have to start fresh every time. Lee Mingwei was saying that the first time [we sing] every day is always going to be hard, but seeing the people’s faces and how they look, it changes the whole role and how I sing. 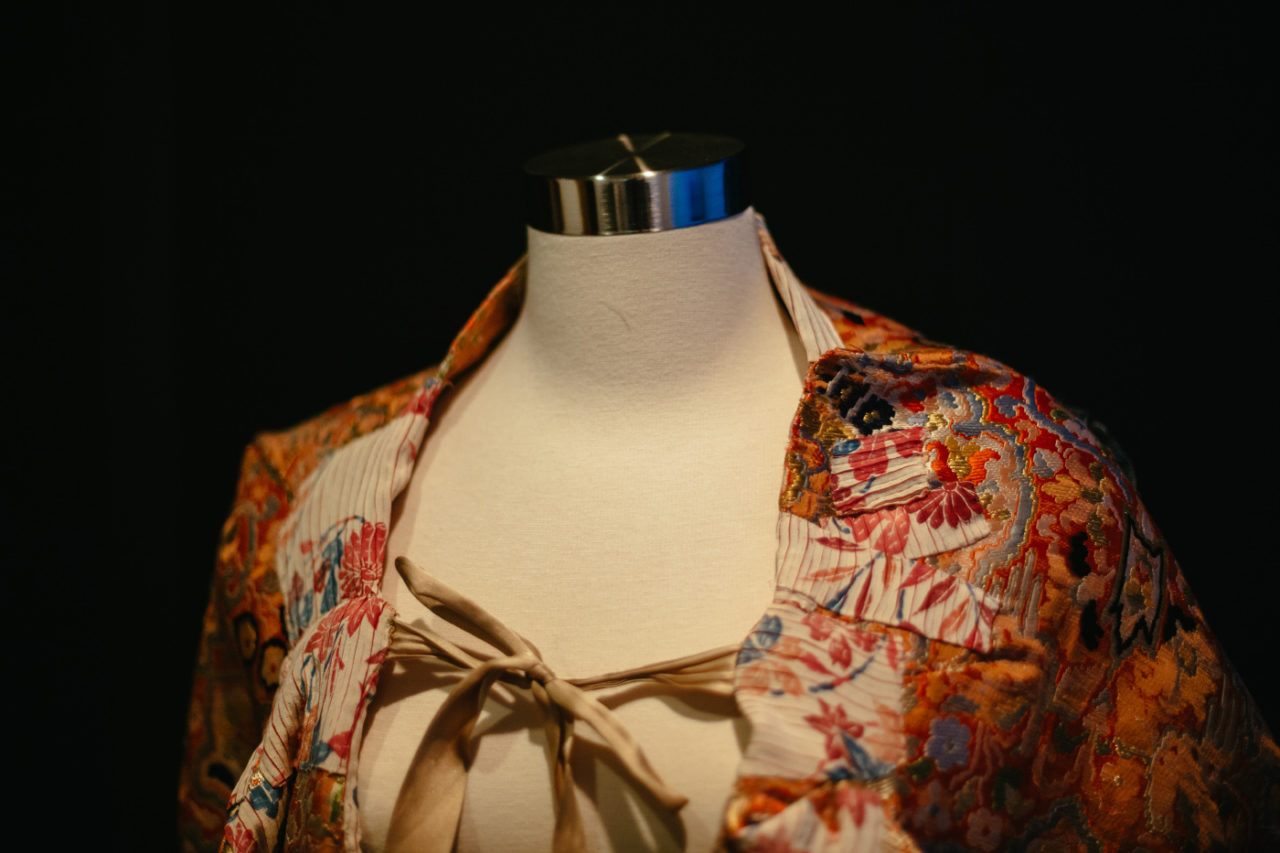 AN-G: I feel like it would definitely affect my performance, I can't imagine doing it without the cloak. It’s integral to the performance because it's what makes us stand out. People actually ask where I've bought it because they think it's my personal garment. Even with it a lot of people wonder if the gift of song is part of the show, because they don't understand how music can be integrated into an art exhibit. I often get strange looks and responses, and without the gown I feel as though people would be quicker to say no to the offering. The cloak and how it makes us appear, allows people to take the proposition more seriously. It’s is a shield between me and the receiver and it makes me feel as though if I make a mistake it takes the judgment away from me, it’s protective.

AN-G: When people receive the gift they're often not aware of the backstory, and I think it’s for the better, because they're not aware of what to expect, and their responses are more natural. When people learn about the artist's mother, they sometimes react in a way where they seem like they're overcompensating with emotion, maybe more frequently with people who aren't as confident expressing their emotions. People’s natural reactions are often altered once they find out about the origin.

AN-G: People who speak German are often more receptive, they understand the lyrics and are always very kind, genuine, and excited about the fact that we’re singing their language. I've had negative responses from people in the music field, some people act with great pretension and contempt, and some people react somewhat inappropriately because in their mind it’s “their environment”. They spend a lot of the time analyzing instead of enjoying openly. 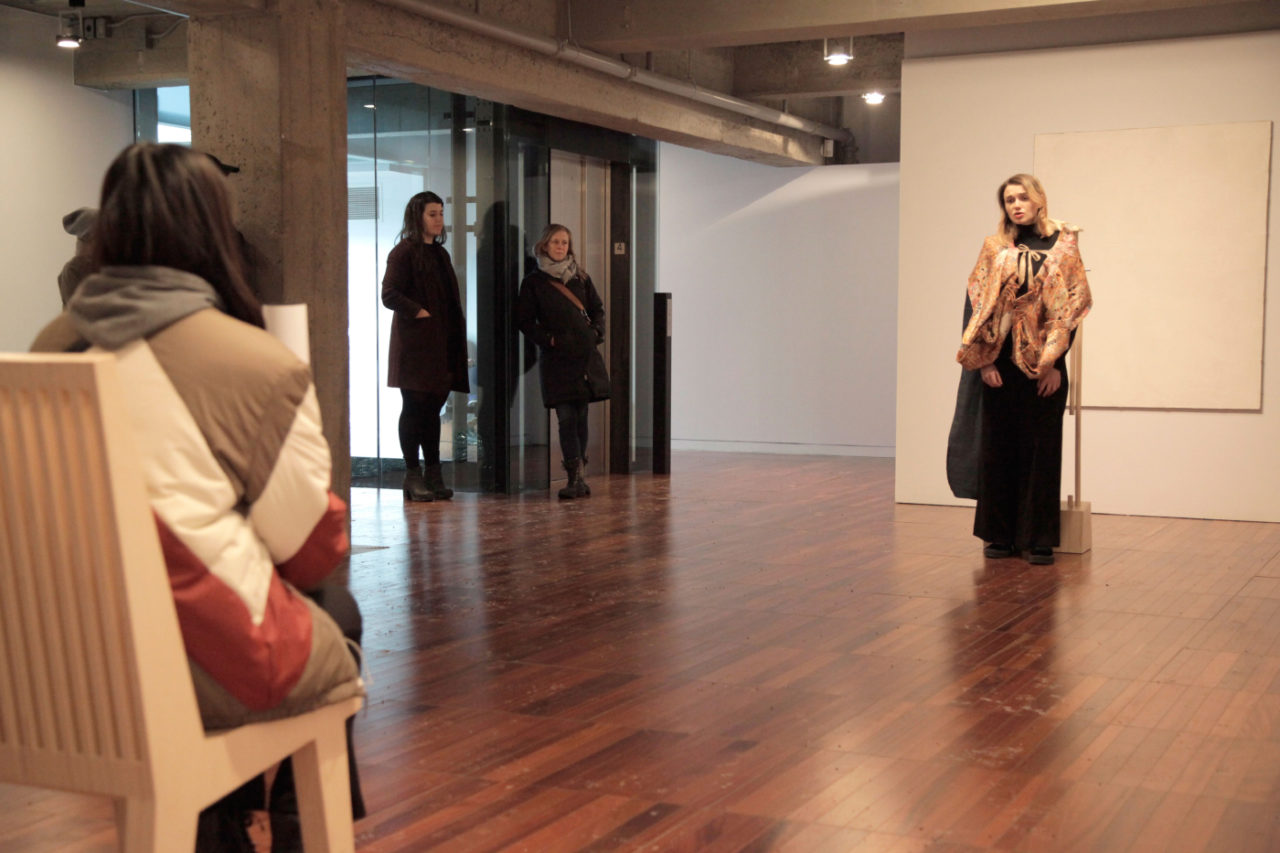 The vulnerability that accompanies a work with great room for interpretation such as Sonic Blossom welcomes the opportunity for uncomfortable responses by the visitors. How do you manage those somewhat negative responses without letting it affect the remainder of your performances?

AN-G: I don’t think you do. Not fully anyway. On one hand I try to become this demigod I’m embodying and not let it affect me.I find that when I really think of myself as my character it’s much easier to think of these negative responses as reactions to the concept of the performance and to the relative strangeness of it all instead of feeling like it’s a judgement of my performance in itself. On the other hand I feel like it would be unfair to the gift receivers if I were to distance myself completely from them, since the gift we offer in Sonic Blossom is not only a song but also the emotion and the instant intimacy that comes with it. Creating this special moment takes a lot of energy and intent from the singer and I personally find that whenever I don’t have this energy to give people don’t react as well. So it boils down to this: if I shield myself from the potential negative reactions I tend not to get any reactions from the visitors except maybe mild discomfort, while if I accept that I can’t predict how things will go and just give my all I usually get really positive reactions.

AN-G: First day I performed, the third time I sang that day, and I sang to an older man who was there with a friend. His friend encouraged him to partake in the offering. I brought them to the fourth floor, and as I was placing myself and started playing the music, he turned to his friend and goes “Schubert, right”, appearing worried. Things were going well, and he looked happy, until he started looking down upset and almost seeking reassurance, as if he was suddenly shy or didn't want to be there. I tried to be more expressive and when the music ended, he's almost crying, there were tears in his eyes. He said: “This is the first time I’ve listened to Schubert since my wife died three years ago, Schubert was her favourite composer.” I felt my knees buckle, and for the rest of the day I was so scared, not in a bad way, but I realized how much of an effect this interaction could have on people. He ended up leaving me an origami flower and a lovely note, and that happening so early on in the show really shaped the experience for me and made me realize its impact.