I recently had the opportunity to get a taste of the contemporary art scene in Rio de Janeiro and São Paulo. There was no shortage of works to see, whether in an museum, private foundation, commercial gallery or independent space. Oh, and yes there was the the Bienial de São Paulo of course, which stretched out over three floors and thousands and thousands of square feet of Oscar Niemeyer architectural glory. Needless to say, I spent just about every waking minute looking at art in the five very short days I was there.

I started off in Rio with a visit -- fresh off the airplane -- to the newly built MAR (Museo de Arte do Rio de Janeiro) which takes up a major amount of land in the Porto Maravilha area of downtown Rio. I had read in Artforum that it was a contraversial project that developers and municipal authorities are promoting as the “cultural anchor” of the area. The issue of gentrification is always a sensitive one in any urban space and the displacement of people and buildings from this area to make way for MAR definitely underscores the question “Revitalização para quem?” (Renewal for Whom?) – a slogan that was part of the protests against this development project. The two exhibitions that were on view when I was there were I believe, part of MAR’s inaugural shows: From Valonga to Favela: The Imaginary and the Periphery and Armadillo: Soccer, Adversity and the Culture of the Caatinga. Clearly the curatorial team had some very tricky terrain to negotiate, and are trying their best to be self-reflexive and critical while attractive to a wide ranging audience that includes tourists who were there for the World Cup and to the throngs that will come through for the 2016 summer Olympics. 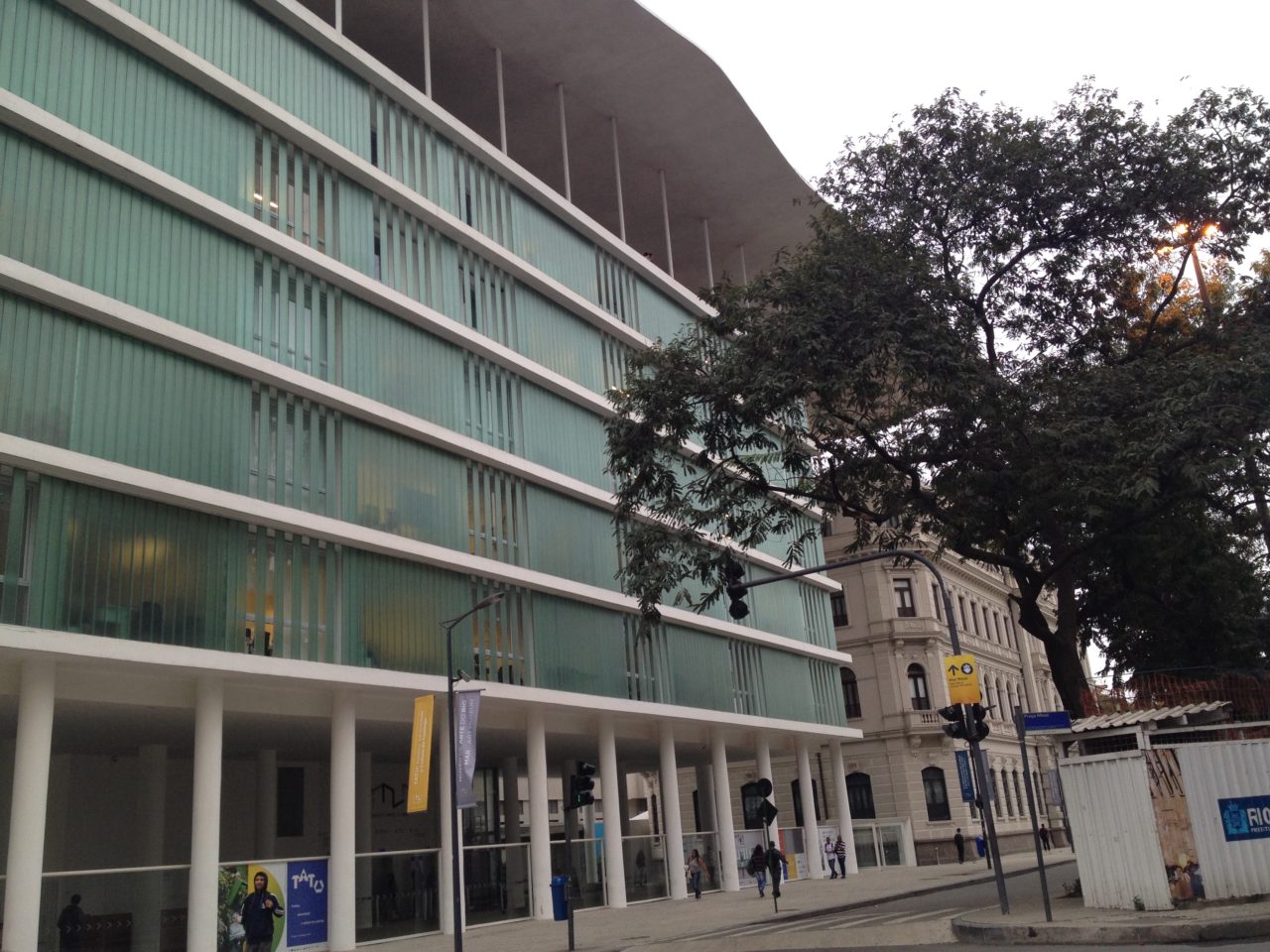 Afterwards I went to the more residential neighborhood of Botafogo to check out some smaller galleries and ended the day with a visit to Casa Daros Rio – an institution of Daros Latinamerica, which is one of the world’s most comprehensive collections of Latin American contemporary art. It is housed in a 19th century neo-classical building, complete with beautiful courtyard. They were in the midst of setting up their upcoming show, but their educational wing was open with two impressive projects on display that were equally rigorous in presentation and content. Pics below! 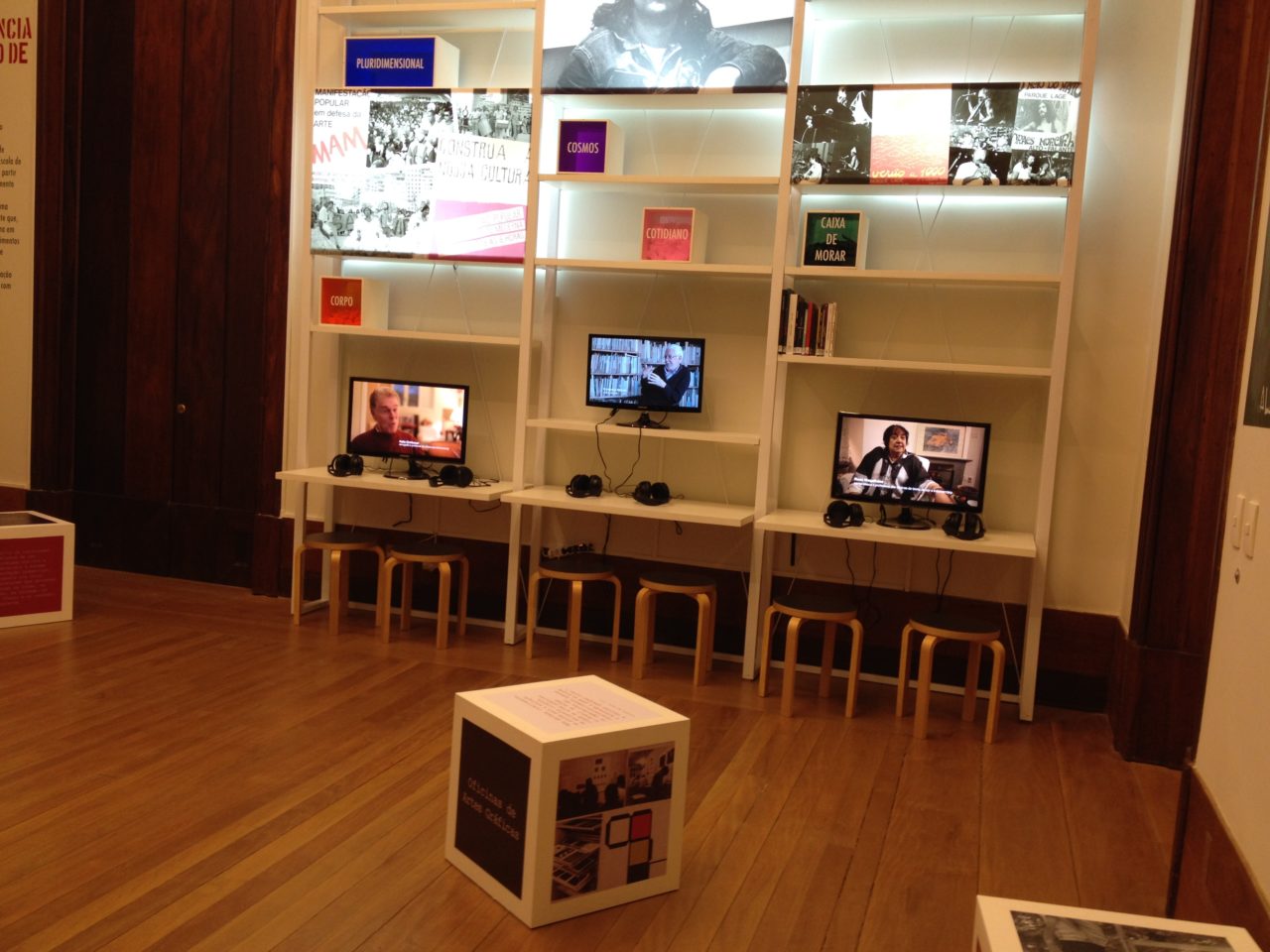 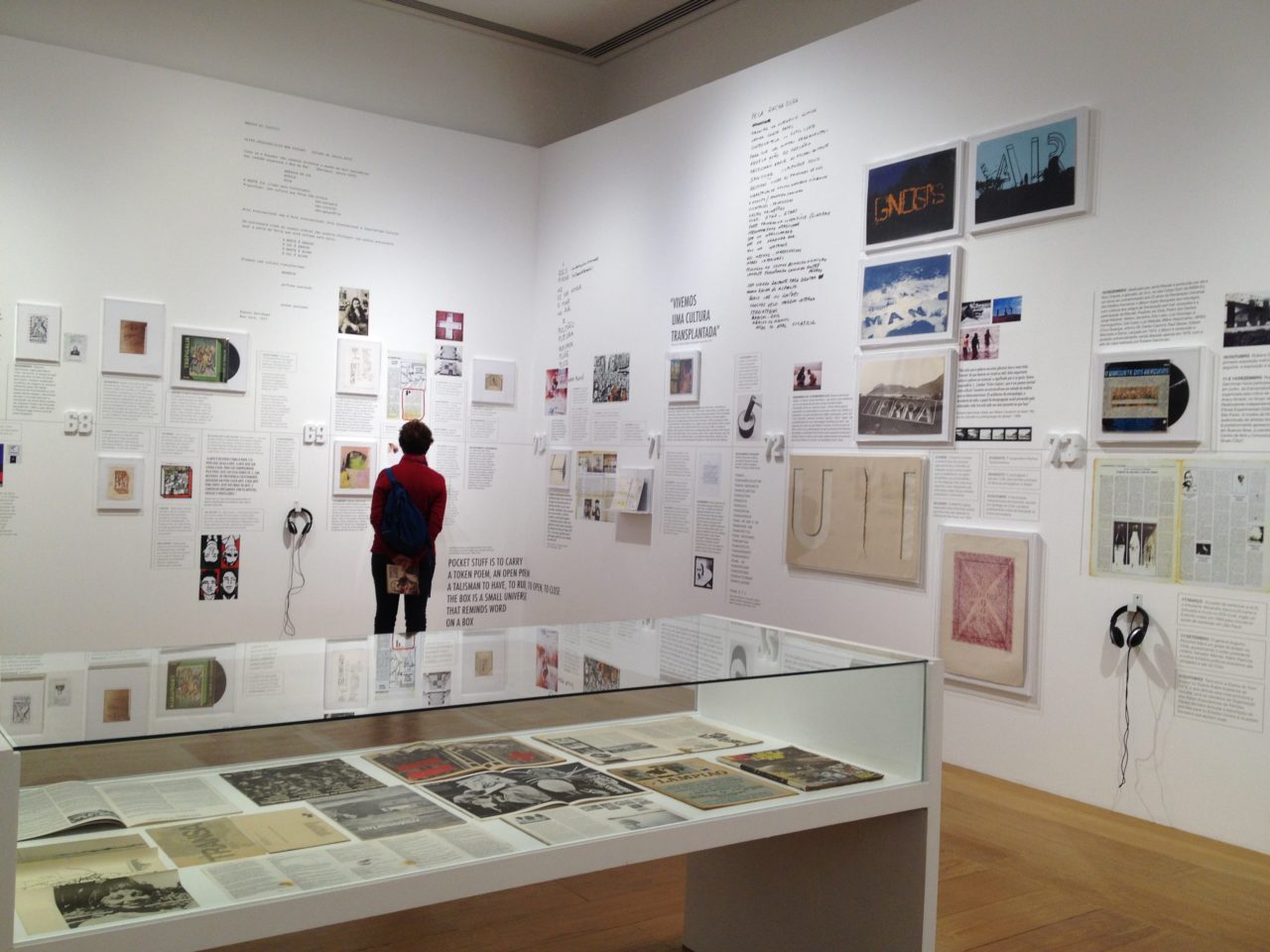 Since favelas are an important part of the Rio’s socio-political, economic and geographic landscape, I joined a tour of Rocinha – a very large favela, which also boasts one of the most amazing views of the city. Organized by favelatours.org, most of the proceeds of the tour fee go to a non-profit DJ school called ‘Spin Rocinha’. We were lead through the incredibly intricate, winding alleyways of the favela and at the end were treated to a little DJ demo by one of the schools instructors/tour guides. In the afternoon, I went to the Museo d’arte moderne – a beautiful building that is evocative of the modernist utopia of Brazil in the 1950s. By chance they were celebrating the new acquisitions to their Gilberto Chateaubriand collection, which gave me a sense of the work being made by mostly emerging artists. It was also cool to see how Rio does an opening. Cerveja? Yes please! 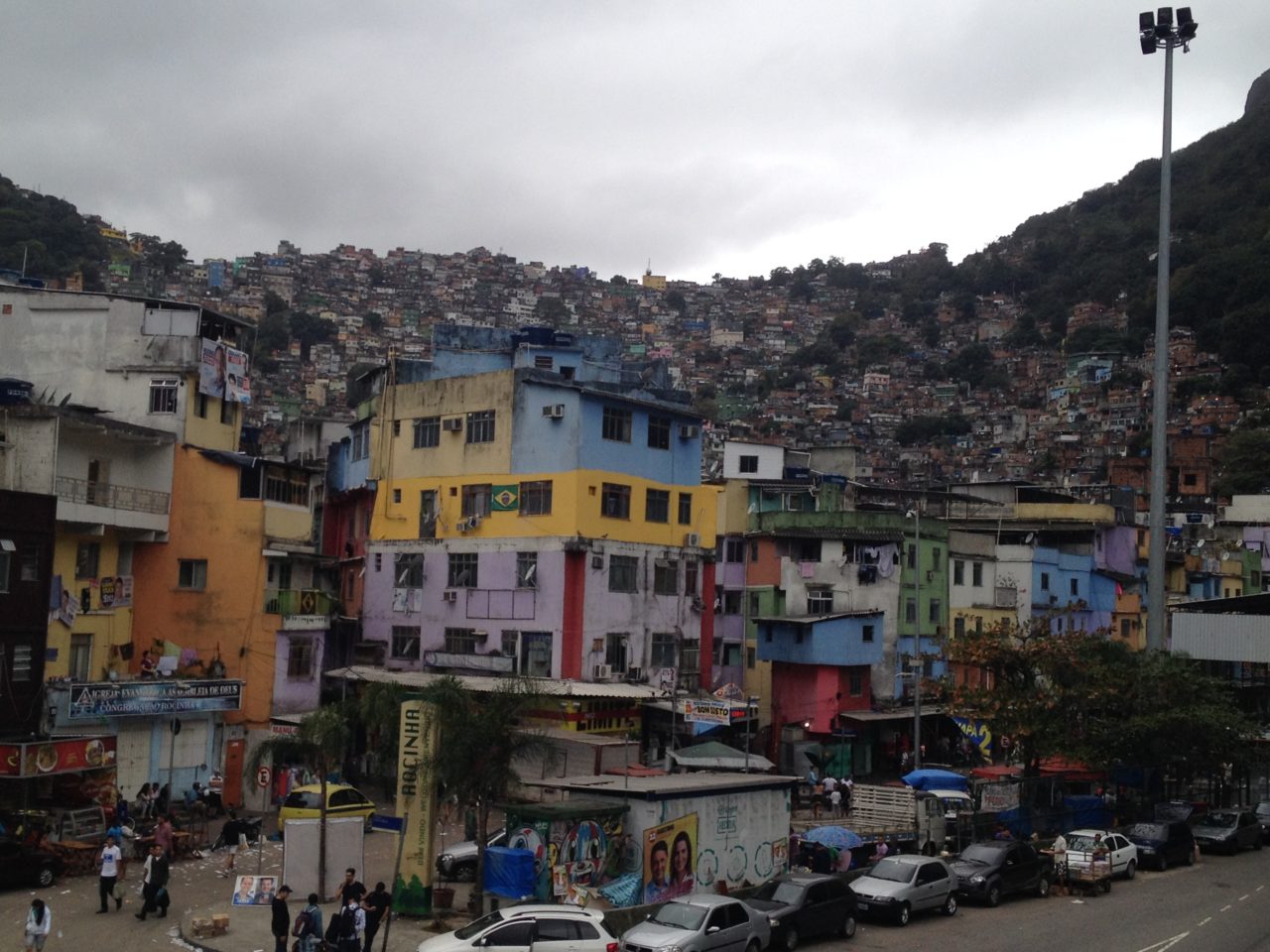 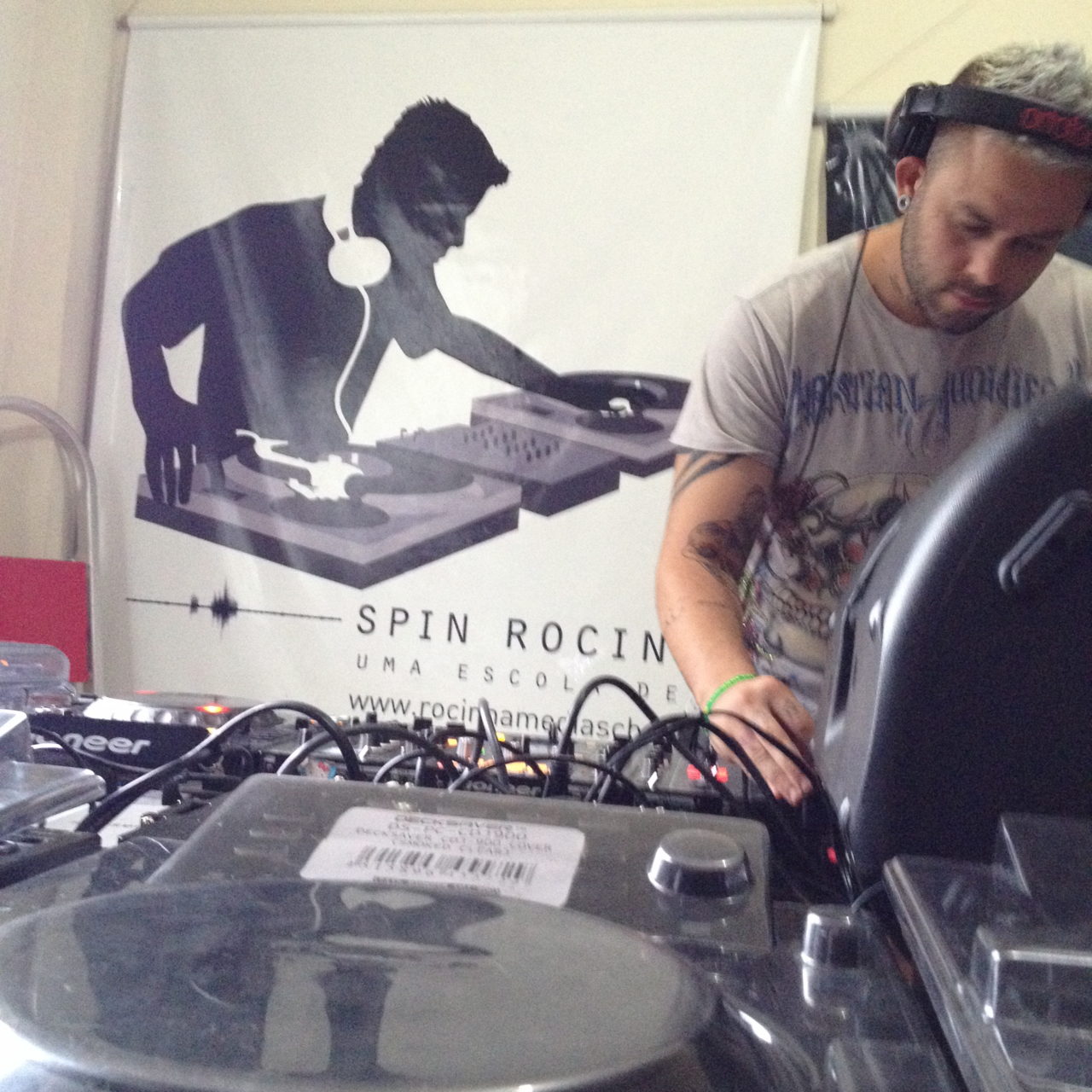 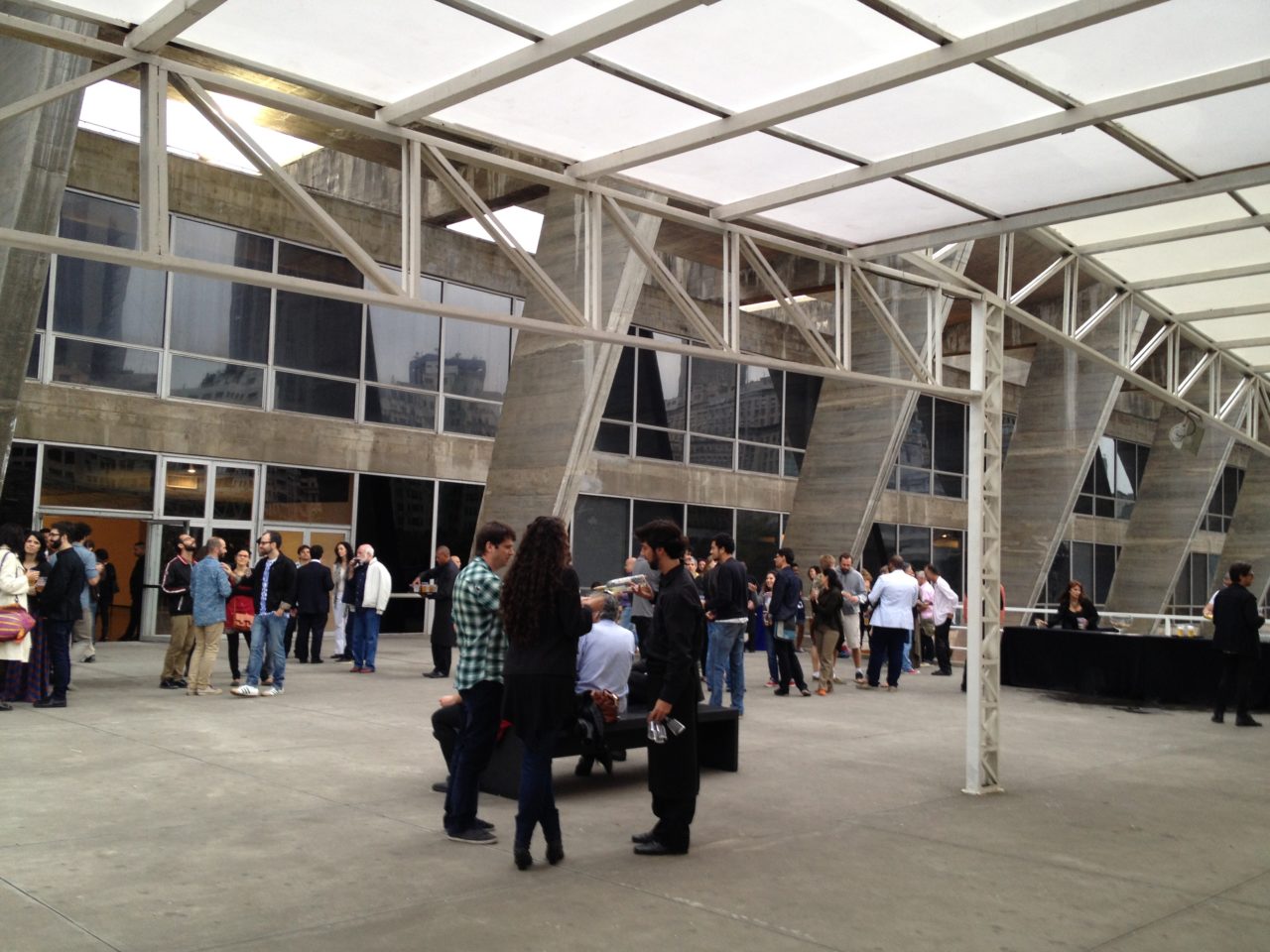 On to São Paulo

Lots of people told me that Rio and São Paulo are analogous to Miami and New York, and I most definitely agree. I would even say that São Paulo is like Manhattan’s downtown times fifty. The high-rise buildings go on as far as the eye can see, and it is truly impressive and anxiety producing. I decided to start easy, with the Museu de Arte de São Paulo (MASP) which had two large exhibitions on offer that featured works from their collection – a photo exhibition called ‘Invisible Cities’ and Passagens por Paris – a selection of mostly late 19th century European paintings. The best thing about having seen that show was actually seeing it again – as part of a trilogy of new films by Canadian artist Mark Lewis at the São Paulo Bienial. I was looking at his films and saying to myself, “Weird...I was just there this morning!”. 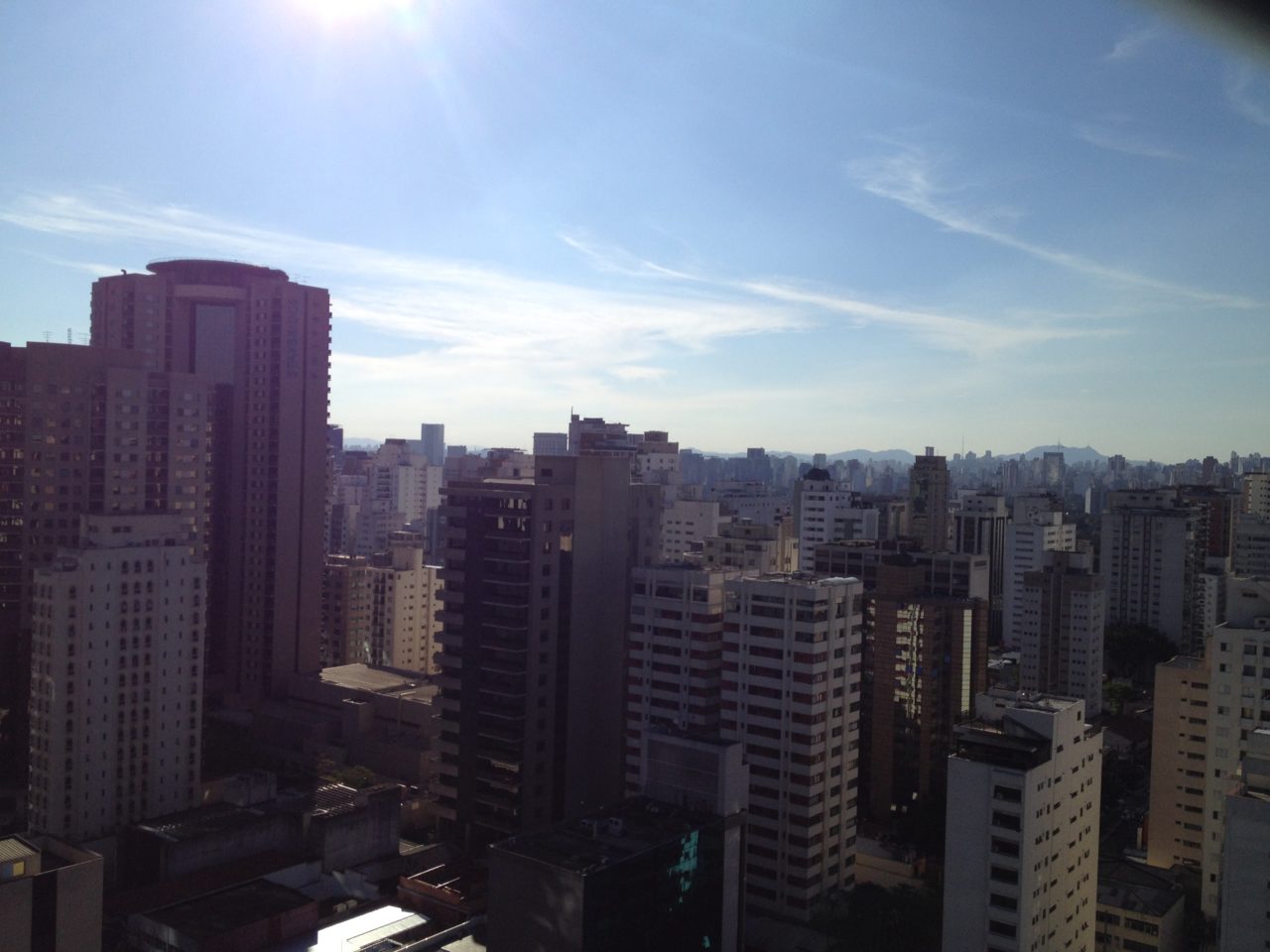 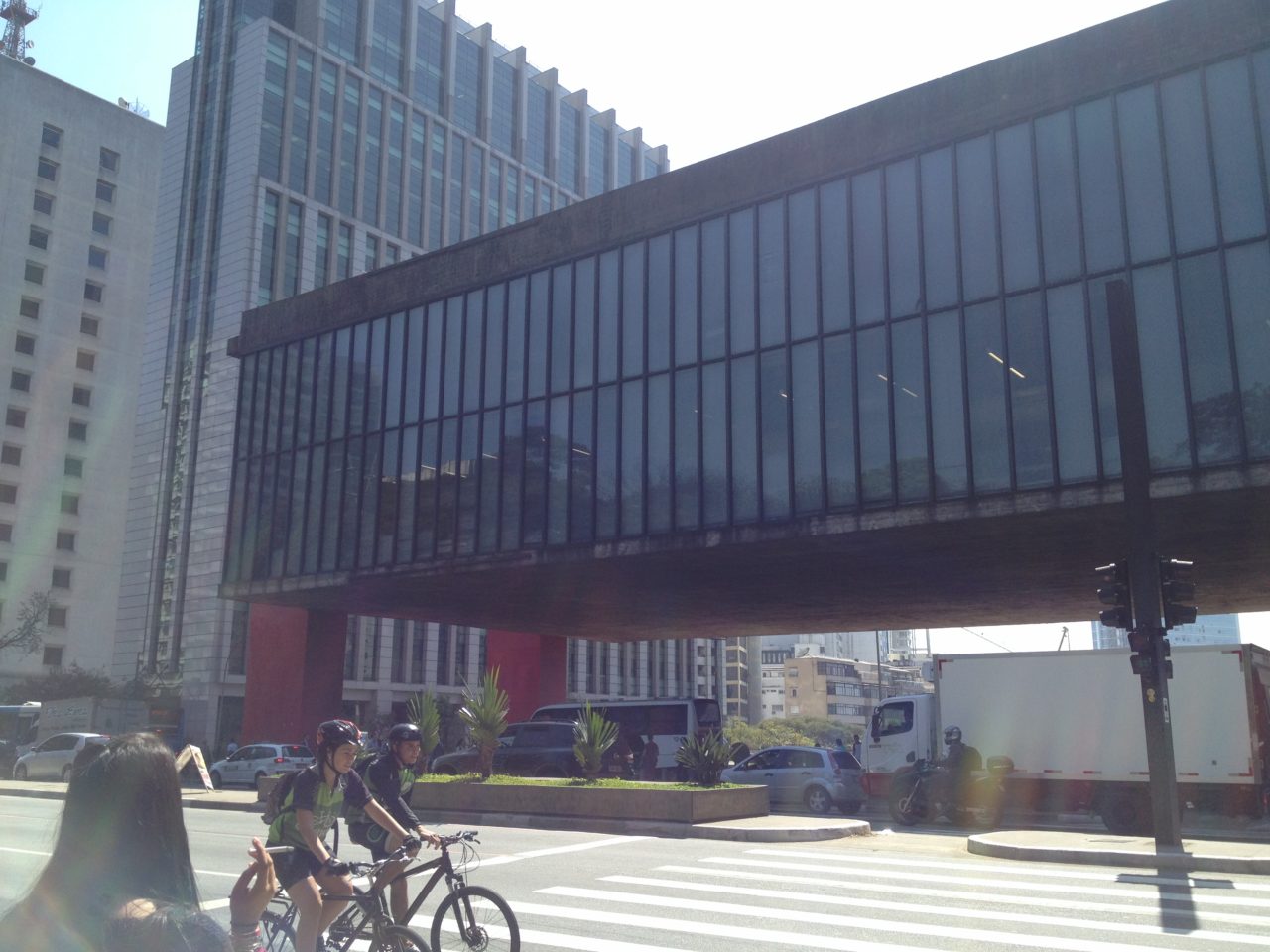 As mentioned earlier, the bienial is housed in an Oscar Neimeyer building located in Parque Iberapuera, a park modelled after Central Park in NYC. I probably spent a total of about 8 hours there, carried out over two days. There was a bit of a rigamarole to get in, with bag deposit, metal detectors and so forth, but once inside it was easy to get immersed. I felt a real sense of urgency from many of the works and imagined how artists might have desperately been trying to address the craziness of the events unfolding around the world at the time of the mounting of the Bienial. I was struck mostly by a few single channel media works that will hopefully make their way into a DHC/ART presentation one day soon. The day I returned home, I came across a review of the bienial written by Silàs Marti, which I thought was right on.

I interspersed my trips to the Bienial with visits to São Paulo’s other mammoth institutions – the MAC USP (Museo de arte contemporâneo da Universidade de São Paulo) and the Museu de Arte Moderna de São Paulo (MAM). The MAC USP is 7 floors of exhibition space, with two exhibitions per floor...so a lot to take in. I spent a great deal of time in solo shows by Hudinilson Junior and Rafael França. The showstopper however, was Transarquitectônica by Henrique Oliveira. A work commissioned for their new building, it was a kind of survey of the evolution of architecture or perhaps more the evolution of the notion of ‘building’. It is totally immersive in that you go inside the work and it is every bit incredible outside as it is inside. A major feat. Check out more snapshots.

At the MAM were two wonderful survey exhibitions by Rivane Neuenschwander and Paulo Bruscky. They were both very moving and extremely well put together. Rivane’s embroidery works had a major effect on me and as my photo cannot do it justice, it remains inside my phone. (tear!)

On my last day, I made an attempt at checking out the myriad commercial galleries and independent spaces. Yes – there are all those too! With the size of the city and the legendary traffic situation (maybe just as intense if not more so than Los Angeles), I had to pick and choose. I started out in the Jardim Paulista district at Galerie Luisa Strina to see the installations by Cildo Miereles and Lawrence Weiner. While strolling through, I heard a male voice that sounded strangely familiar. As I rounded the corner following the voice, I found Mr. Weiner himself, who was supervising the hanging of a framed work in the public office area of the gallery. Since he was working, I didn’t want to barge in and introduce myself. Instead I took this awkward photo below...trying to stay natural.

Later on I found the Zipper Gallery, which has a beautiful space and represents emerging artists. As luck would have it, Fernando Velàzquez, an intermedia artist, was in the upstairs project room working on his digital installation. He was incredibly gracious and made time for me to chat with him about his recent work.

My final stop was in the Pinheiros neighborhood, to see a wonderful independent space called ‘Kunsthalle’, which was founded by curator Marina Coelho. The Kunstahalle is an all-in-one, multi-use space. It felt good in there, in keeping with the spirit of artist-run centers here at home. I got the sense that this is a real labour of love for Marina, and I was truly inspired by her endeavor. It was the best way to end this whirlwind art tour of these impressive cities and got my feet back on the ground, reminding me of why we commit ourselves to the presentation of art in the first place.