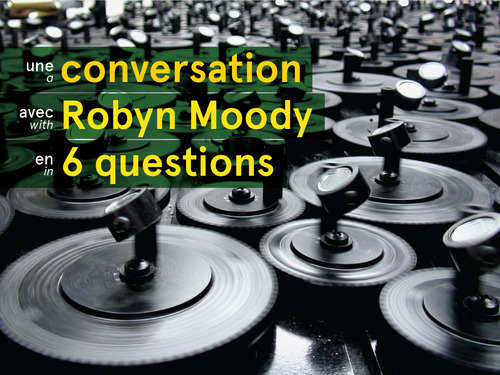 Q: Do you consider your work political?

A: Not necessarily, I think there is a real temptation with these works when they are written about to see them as taking a particular stance and I maintain that they do not take one. Its not that I am anti-oil or oil sands development. I work with a lot of plastics - I need oil. You might disagree with certain forestry practices, but you wouldn’t call yourself ‘anti-wood’.

To me [Power 2] is more about the madness than overtakes people in their desire for power. […] It’s this single-minded quest. In my mind it’s much more about that state of mind – the single minded quest [than about not exploiting the tar sands]

Q: For many of your pieces you chose to use predominantly man-made materials to emulate the natural world. Can you talk a bit about this?

A: I’m not sure why [I do this]. I like to work with mechanical things but I don’t want the work to feel so mechanical… I try to make it feel sort of alive.

The starting of Power 2: Heart Lake as Seen Through the Eyes of Manley Natland was playing with mechanical things; a motor that had a beveled cup on the shaft and as I was spinning it it would catch the light at certain angles. And then I thought, I want to recreate something that emulated light on the surface of water. Randomly occurring points of light. There were a couple years of experiment to get that sense of randomness.

Q: How do you view the relationship between technology and nature? Can they live harmoniously?

A: I think they can defiantly live together quite happily, because I would include all scientific advancement in ‘technology’. Technology can be used poorly or it can be used quite well. I think we’re at a very difficult time right now - there seems to be a mistrust of science developing. It involves that kind of thinking that happily uses the developments that science has provided us, but then dismisses other things science says if it’s inconvenient. If [one camp or another] can find 1 scientist in 1000 [who disagrees wit them], then they consider [the issue] ‘unresolved’. I’m a big believer in science. It’s the best way to understand what’s true in the world. [GMO technology] is technology that could very well feed the world with reduced environmental impact. From what were seeing right now it’s a very good technology. But instead it’s like banging your head against the wall trying to discuss the benefits of this with people who have already made up their minds.

Q: Will your work be continuing along these themes?

A: I’m not sure.  This is the kind of thing that gets me excited, imagining what we could do – what humanity could accomplish and us being stalled by people who have decided to be anti-science on both sides of the political spectrum. The anti GMO people are like the climate deniers of the left. This is stuff I get into arguments about so it makes sense that the work is going to further approach that.

Q: Does art/the artist have an inherent responsibility to ‘say something’ or have a message?

A: No, but I see the artist as a sort of anthologist. I tend to sit on the outside of culture, looking in. Most of the artists I know, we’re somehow positioned a little bit of the fringe of popular culture. That a good position for examination.

Q: What is your reaction when your work is misinterpreted?

A: It annoys me. It annoys me because I think [those who do so] are projecting what they want it to be. […] People ask me what the message is behind my work and I can’t answer that question. I can’t give a single pithy quote like ‘Stay in school’ or ‘Don’t do drugs’. If a work can be summed up so easily as just a message, then why not just write the message? What’s the point of making the work?

Robyn Moody is showing at the Phi Centre until May 31, 2014. This is a co-presentation of DHC/ART, Phi Centre and BIAN as part of the International Digital Arts Biennial.