The Fondation Phi pour l’art contemporain is happy to invite you to Water Event: An Invitation, presented in conjunction with the exhibition LIBERTÉ CONQUÉRANTE/GROWING FREEDOM by Yoko Ono. This intimate event brings together a selection of artists who responded to Yoko Ono’s work Water Event. Moderated by Victoria Carrasco, Head – Gallery Management and Event Coordination, this discussion will give artists an opportunity to discuss their work within the context of Ono’s invitation to create a water sculpture.

Mathieu Beauséjour
Mathieu Beauséjour’s art has developed within a perspective of resistance, subversion and semantic paradoxes. His works address concerns about the interpretive scope of symbols of power such as money, monarchy and the sun. He is interested in how history is constructed through revolts and utopias, as well as in the (re)materialization of ideas in art objects, be it in drawings, still or moving images, or through the use of installation dispositifs.

Beauséjour, who lives and works in Montreal, has shown his art in Canada and Europe in exhibitions including Mathieu Beauséjour: The Shapes of Politics, at the Montreal Museum of Fine Arts (2016), La révolte de l’imagination – une rétrospective at the Musée régional de Rimouski (2015), at Manif d’art 7 in Quebec City (2014), and at the Musée d’art contemporain de Montréal as part of the Québec Triennial 2011. His art is featured in several exhibition catalogues, including La Révolte de l’imagination, published in March 2015, and his works can be found in various private and public collections. Mathieu Beauséjour is represented by Galerie Antoine Ertaskiran in Montreal.

Dominique Blain
Dominique Blain lives and works in Montréal. She has exhibited her works in many North American and European cities, as well as in Australia (Biennale of Sydney in 1992). Three major retrospective exhibitions have been devoted to her: at the Musée d’art contemporain de Montréal in 2004 (in circulation at MacKenzie Art Gallery in Regina and at Nickle Art Gallery in Calgary); at the Musée national des beaux-arts de Québec in 1998 (in circulation at the Ansel Adams Center in San Francisco and at Sala 1 in Rome); in 1997 and 1998, the Arnolfini Centre for Contemporary Art in Bristol organized an exhibition of her work in five institutions in the United Kingdom: Belfast, London, Edinburgh, Newcastle and Cambridge. Many museums have displayed her works: Portland Museum of Art; Contemporary Arts Museum Houston; Los Angeles County Museum of Art; Frankfurter Kunstverein; Stedelijk Museum Amsterdam; Louisiana Museum of Modern Art in Copenhagen; Museum of Europe in Brussels; and the Museum of Science and Industry in Manchester, England. In Quebec, she has participated in three editions of the Cent jours d’art contemporain [100 days of contemporary art] and presented her works at the Galerie de l’UQAM, the Galerie d’art du Centre culturel de l’Université de Sherbrooke, the Musée régional de Rimouski and the Musée d’art de Joliette.

She received the Prix du Québec Paul-Émile-Borduas award in 2014 and Les Elles de l’Art award in 2009, awarded by Pratt & Whitney in association with the Conseil des arts de Montréal.

Katherine Melançon
A multidisciplinary artist, Katherine’s practice is centred on process, non-traditional tools and materials, and the relationship between the natural and the technological. In a constant loop between experimentation and result, she questions materials and explores their paths through multiple cycles of transformation between the virtual and the physical. Recently her practice has come to encompass her interest in spirituality—its utopias and experimental projects, its codes and its intersections with technology.

Katherine obtained her MFA from Central Saint Martins University of the Arts in London and her BA in Communications Studies/Interactive Media from UQAM in Montreal. Her work has been exhibited in Canada, the United States and various countries in Europe, including at Galerie Charlot (France), Arcadia Missa (UK) and the Fotomuseum (Winterthur, Switzerland). Her works are held in private and public collections in Europe and North America, including PADORAC (Montreal) and the Central Saint Martins Museum Collection. Katherine works and lives in Montreal.

Juan Ortiz-Apuy
Juan Ortiz-Apuy is a Canadian-Costa Rican artist living and working in Montreal since 2003. He holds a BFA from Concordia University (2008), a post-graduate diploma from the Glasgow School of Art (2009) and an MFA from NSCAD University (2011).

He has received numerous grants from the Canada Council for the Arts and Le Conseil des arts et des lettres du Québec, and has been reviewed in various publications such as Canadian Art, MOMUS, esse arts + opinions, The Gazette (Montreal), Le Devoir (Montreal) and The Telegram (St. John’s).

Ortiz-Apuy has completed artist-in-residence programs at the Vermont Studio Center (USA), the Frans Masereel Centrum (Belgium) and the IKEA Museum (Sweden). In 2019, he will develop a new body of work at the Guldagergaard International Ceramics Research Center (Denmark).

Marigold Santos
Marigold Santos pursues an interdisciplinary art practice involving drawn, painted and printed works, sculpture, tattoo, and sound. Her work explores selfhood and identity that embraces multiplicity, fragmentation and empowerment as informed by experiences of movement and migration. She holds a BFA from the University of Calgary and an MFA from Concordia University. A recipient of grants from the Canada Council for the Arts, the Alberta Foundation for the Arts, and the Conseil des arts et des lettres du Québec, she continues to exhibit widely across Canada. Marigold Santos divides her time between Calgary, Edmonton, and Montreal. 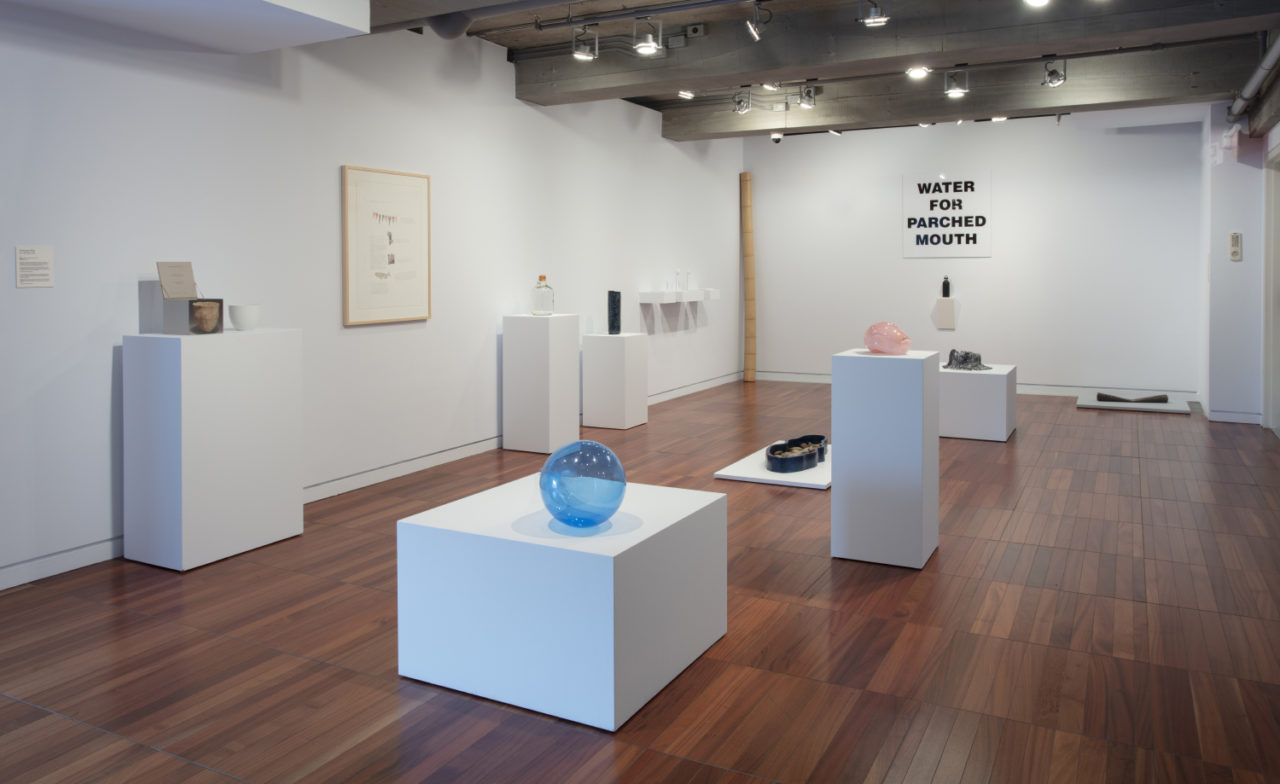