Stories from the Montreal Bed-In

Cheryl Sim, co-curator of LIBERTÉ CONQUÉRANTE/GROWING FREEDOM will conduct a round table with participants in the 1969 Montreal Bed-In. This will be an opportunity to reflect upon the wider global significance of Yoko Ono and John Lennon’s art and life projects that encompassed protest for social change, politics and currents in contemporary art. The invited participants will share their experiences and archival contributions to the exhibition.

If you were at the Montreal Bed-In, there will be a moment during this event when you may share your story.

Please note that the talk will be in English. Limited number of seats: first come, first seated.

Joan E. Athey has worked with creative people all her life. A marketing and promotions strategist for over 20 years, she spent the bulk of her career as a communications specialist with the Canadian Broadcasting Corporation in Vancouver. Born in Toronto, Joan’s father ran a camera shop on Danforth Avenue where she was exposed to the magic of photography. She learned about journalism working for the Toronto Star as an entertainment writer. Eventually making her way to the West Coast via Edmonton, Joan learned about music production in the studios at the CBC. For the last 10 years, she has been the curator of this precious archive of images that Gerry Deiter took in 1969, and has exhibited them in Liverpool, Bogotá, San Diego, Tokyo, and elsewhere. She has written a book and hosts pop-up shows on special occasions. Joan is delighted that these images by Gerry Deiter are being presented at the Fondation Phi to celebrate the fiftieth anniversary of the song Give Peace a Chance.

While completing a bachelor of arts degree with a major in psychology at Sir George Williams University (now Concordia University), Francine V. Jones spent several years with Hilton Canada in Montreal as advertising and public relations officer for the Queen Elizabeth Hotel. There, at the Montreal Bed-In, she encountered John and Yoko. In later years, having completed an MBA at Concordia in tandem with her responsibilities as province-wide marketing director for Quebec’s furniture manufacturing industry, Francine accepted a teaching position at Concordia’s John Molson School of Business and merged her professional experience in marketing and design with a personal art practice.

Born in Montreal in 1943, Gilles Gougeon has worked as a journalist since 1958. His career as a national and international reporter has taken him to some forty countries, where he has covered stories such as the end of communist rule in Central Europe, the emergence of democracies in Latin America and Africa, and the challenge of water supply in North America. He was the first-ever television host on Radio-Québec (later Télé-Québec), and went on to host many radio and TV programs, chiefly on Radio-Canada, including La Facture, the Téléjournal newscast, 5 sur 5, and Tous pour un. He has also taught journalism in Quebec and in Africa. The recipient of a number of major journalism awards, he has also authored three novels as well as a nonfiction book, L’Histoire du nationalisme québécois.

Christine Kemp arrived in Canada from England in the 1960s and set up a jewelry atelier in Old Montreal. During the Montreal Bed-In, she decided to bring John and Yoko a handmade present, which is now on display at the Museum of Liverpool.

Jerry Levitan is a musician, actor, filmmaker, writer, and lawyer living in Toronto. Appearing under the persona Sir Jerry, he has been described as one of Canada’s most innovative children’s performers and has produced four critically acclaimed children’s CDs: Bees, Butterflies & Bugs, Sir Jerry’s World, Time Machine, and Sir Jerry Scared Silly. A litigation lawyer, Jerry has set precedents in the fields of constitutional, human rights, and administrative law. As an actor, he has appeared in film and television, including an appearance on The West Wing. He produced the 2008 Oscar-nominated and Emmy-winning film I Met the Walrus, about the day he spent with John Lennon at age 14, winning praise and awards worldwide. In 2010, I Met the Walrus was selected for the inaugural YouTube Play, A Biennial of Creative Video launched by YouTube and the Guggenheim Museum. He is the author of an international best-seller, also titled I Met the Walrus (Harper Design, 2009). Most recently, he has produced and directed the animation short My Hometown, a poem written and narrated by Yoko Ono. Jerry has written and lectured on film, most recently at the New School in New York.
sir-jerry.com

Minnie Yorke is custodian of the Ritchie Yorke Archive and has been working toward cataloguing and digitizing Ritchie’s life’s work for several years. Now, for the first time, some of the archive’s treasures can be shared with the Montreal audience through the exhibition LIBERTÉ CONQUÉRANTE/GROWING FREEDOM. Minnie has a background in fashion and works in film and television. After getting together with Ritchie in 2005, she got involved in the music business. Minnie and Ritchie married in 2013. Minnie is currently seeking a home for Ritchie’s extensive archive, which contains materials from as far back as 1962—a slice of history touching upon the lives and works of many of the musical greats, including John and Yoko. 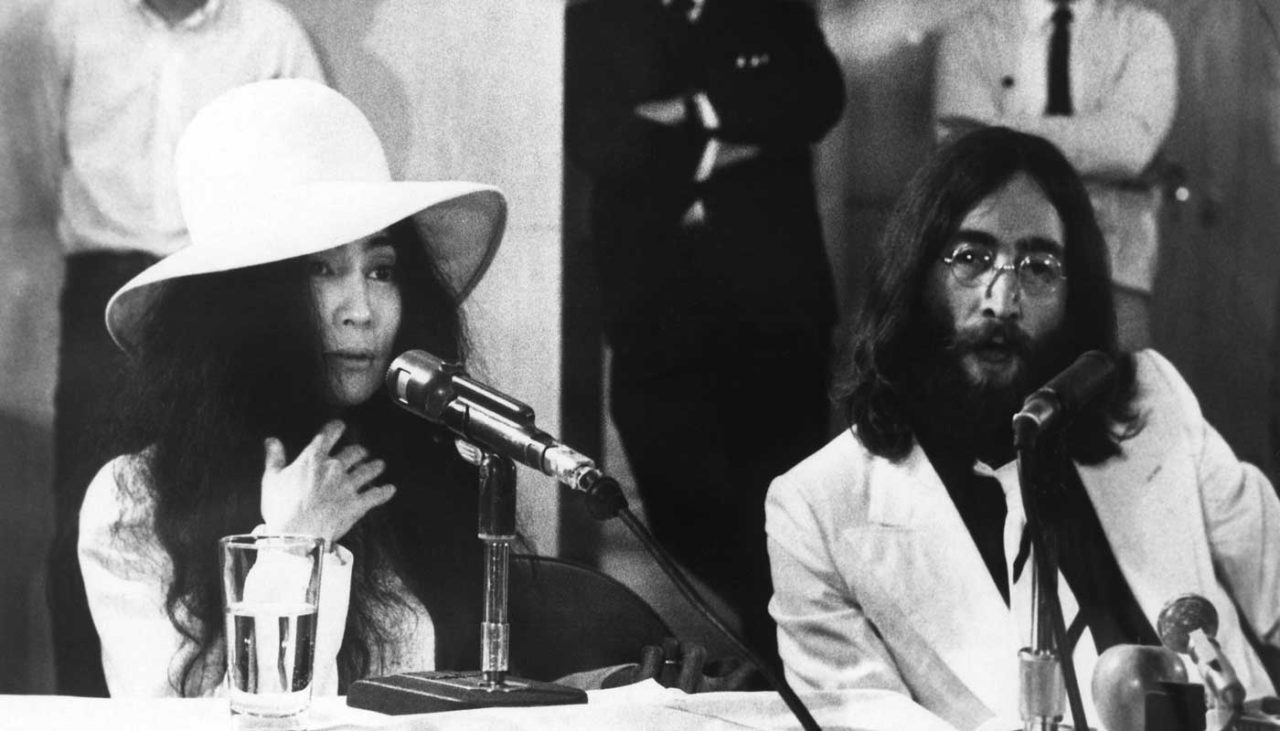