Dissections is an event series presented as part of the Department of Education and Public Engagement’s programming. With Dissections, we aim to generate interdisciplinary dialogue and foster a renewed engagement with contemporary art.

Dissections: Yoko Ono, presented in partnership with Festival Quartiers Danses, offers a dance performance in the heart of the exhibition LIBERTÉ CONQUÉRANTE/GROWING FREEDOM by Yoko Ono. This performance will feature a duo from Beaver Dam Company (choreographer Edouard Hue and dancer Yurié Tsugawa), dancer Cai Glover, as well as dancer Janelle Hacault and musician Coralie Gauthier. It will be followed by a discussion between Laure Barrachina, Head of Cultural Mediation at Festival Quartiers Danses, Janelle Hacault and Edouard Hue, where our audience will have the opportunity to exchange with the artists.

The event will begin at 7 PM. The dance performance will take place from 7 PM to 8:15 PM. The discussion will follow, with refreshments. We invite you to tour the exhibition LIBERTÉ CONQUÉRANTE/GROWING FREEDOM by Yoko Ono on your own time prior to the event.

This event is bilingual. No reservations required.

Laure Barrachina
Laure Barrachina is a cultural mediator who currently works for Festival Quartiers Danses. Each year the festival offers a cultural mediation program to bring dance where we least expect it. Many projects favor a multidisciplinary approach mixing dance with other arts like poetry or visual arts. For example, Festival Quartiers Danses offers group visits including dance, where participants are invited to move within the exhibition spaces of the Museum of Fine Arts of Montreal or at the Fondation Phi, involving their bodies to deepen their observation of the artworks.

Coralie Gauthier
A classically trained harpist (Conservatoire de Montréal), Coralie is above all a versatile and passionate musician. Always seeking to promote the harp in its less conventional forms, she has collaborated with a wide range of artists from diverse backgrounds (DJ, storytellers, dancers, actors, performers, etc.), while her fascination with the virtues of music on the body and mind inspired her to partner with yoga teachers and massage therapists. She is pursuing a Bachelor's degree in Music at Concordia University,  working as a hospital musician with the Polyconcert company and is currently involved in several eclectic projects.

Cai Glover
Cai Glover has dedicated more than 20 years of his life to dance. Inexhaustible in the deepening of his art, he constantly reinvents himself in how he engages with the audience and reflects the infinite emotional complexity of human experience. Cai has worked with Henry Daniel, Paras Terezakis, Josh Beamish, Judith Garay, Vanessa Goodman, Lauri Stallings, Edgar Zendejas, and Morgane Le Tiec. Furthermore, he devoted the six past years to dance under the direction of Hélène Blackburn in Cas public.

Janelle Hacault
Janelle Hacault is a professional contemporary dancer, choreographer and educator from Winnipeg, MB, now based in Montreal, QC. She is a graduate of the Senior Professional Program at the School of Contemporary Dancers in Winnipeg, trained actor, and holds a BA Honours degree from the University of Winnipeg. She is co-founder of Nova Dance Collective, .6 Ricochet, and co-creator of thedancepost.org. Her past choreographic works include Imprimatur, Lament, and Overtaken and Falling, a collaboration with Jason Martin. janellehacault.com

Beaver Dam Company
Beaver Dam Company is a contemporary dance company under the artistic direction of choreographer Edouard Hue. Through the company, he promotes dance in its purest state, its complexity, its virtuosity and the omnipresent use of the body. Since 2014, its diverse creations immerse the spectators in unique atmospheres rich in sensations.

Since its first creation Murky Depths, the company has been travelling around the world with its works Meet me halfway and FORWARD. The dance pieces are supported by specific programs like the mentoring of Olivier Dubois established by Pro Helvetia – Fondation Suisse pour la culture, and the Danse & Dramaturgie program founded by Philippe Saire – Théâtre Sévelin 36. The European press regularly celebrates the work of the company. beaverdamco.com

Edouard Hue
Edouard Hue has danced for the Hofesh Shechter Company, Olivier Dubois and Damien Jalet. Since 2019, he works for Yoann Bourgeois as a dancer, rehearsal coach and choreographer. His works have been seen all over the world, and some have been supported by the mentoring of Olivier Dubois, established by Pro-Helvetia – Fondation Suisse pour la culture, and the Danse & Dramaturgie program founded by Philippe Saire. Since 2016, he is artist in residence at L’Auditorium de Seynod – Scène Régionale.

Yurié Tsugawa
After debuting classical dance in several schools in Japan, Yurié Tsugawa continued her training at the Rosella Hightower School of Dance in Cannes under the direction of Monique Loudière. She then worked with Sylvain Groud, now director of the National Choreographic Center of Roubaix, for the creation of Cordes.

Since 2017, she has been a performer and artistic assistant for Yoann Bourgeois — co-director of the National Choreographic Center of Grenoble and the Beaver Dam Company/Edouard Hue. 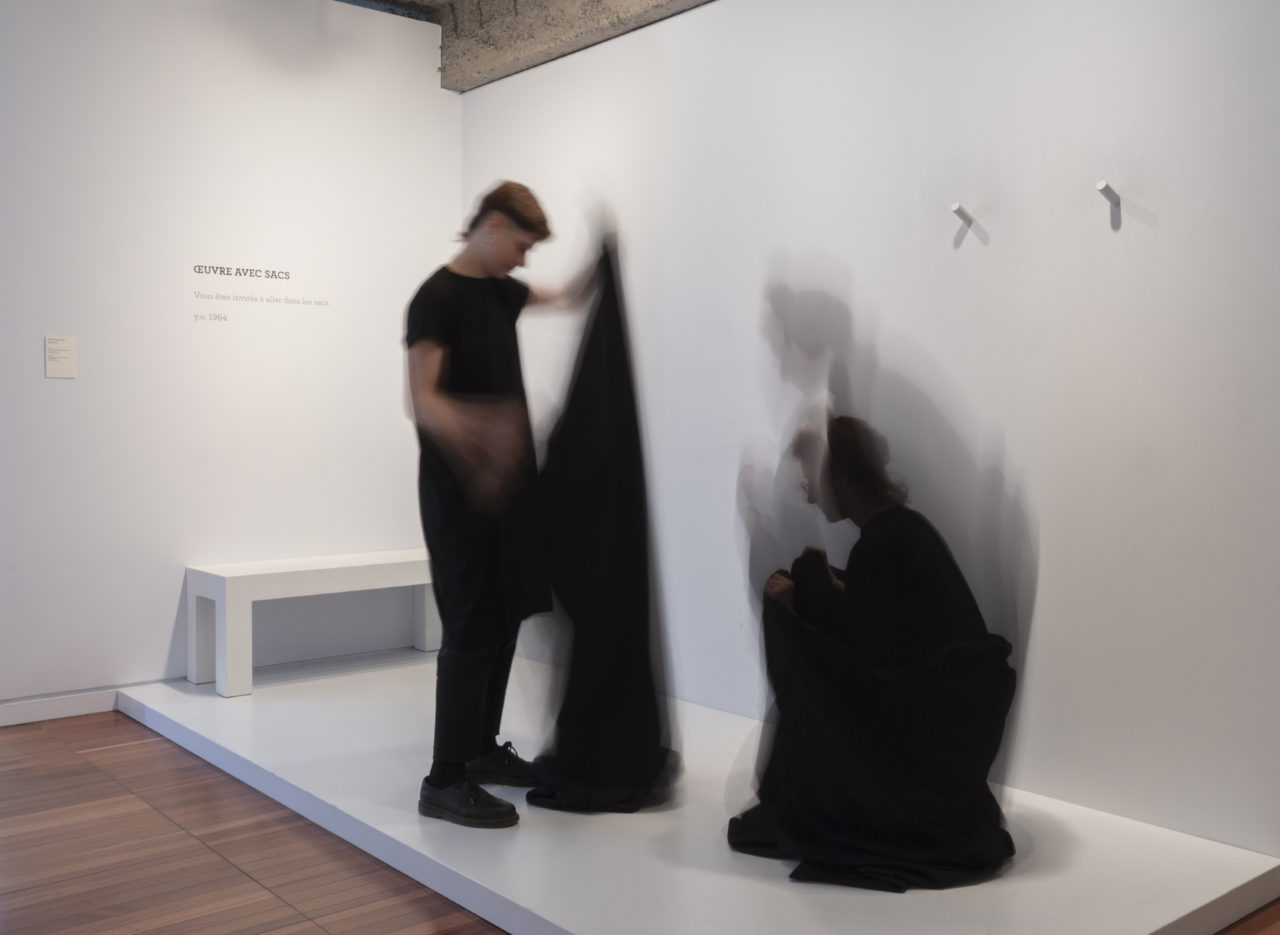