RELATIONS: Diaspora and Painting – Panel Discussion with the Artists (4/4)

In conjunction with the exhibition RELATIONS: Diaspora and Painting, the PHI Foundation presents a series of conversations with artists from the exhibition. This series will be divided into four events presented during the run of the show.

Join us for the fourth and final panel discussion with Bharti Kher, Moridja Kitenge Banza, and Salman Toor, moderated by Mojeanne Behzadi and followed by a Q&A session moderated by Rihab Essayh.

Mojeanne holds a masters degree in Art History from Concordia University and has previously worked as a curatorial assistant in contemporary art at the Montreal Museum of Fine Arts and as a programming coordinator at AGAC for the Papier art fair. She regularly contributes writing for art organizations like ELLEPHANT, Centre Clark and the PHI Foundation.

Her current curatorial research revolves around the theme of love as a radical tool for resistance, protest and social transformation.

Rihab Essayh
Born in Casablanca (Morocco), Rihab Essayh obtained her BFA in studio arts and art education at Concordia University in 2017 and is currently pursuing her MFA in studio arts at the University of Guelph. Essayh is a multidisciplinary artist with auto-ethnography documentation process and transformed through a research-based methodology, basing and referencing the current state of cultural anthropology. Employing an immersive approach, her installation artworks serve a contemplative gaze of contemporary interpersonal issues. Her works were presented at Never Apart, at Conseil des arts de Montréal, at Fofa Gallery and Art Souterrain festival. rihabessayh.com

Bharti Kher
Bharti Kher’s œuvre spans more than two decades and includes paintings, sculptures, and readymade objects and installations. Her chimeras, mythical monsters, and allegorical tales combine references that are at once topical and traditional, political and postcolonial. Kher studied at Middlesex Polytechnic, London, and later received her BA (hons.) in painting from Newcastle Polytechnic in 1991. She moved to India in 1993 and continues to live and work in New Delhi. She has exhibited extensively internationally, and her work is held in major collections around the world. Kher is widely known for her signature use of the bindi in her paintings and sculptural works. Derived from the Sanskrit word bindu—meaning point, drop, dot, or small particle—and rooted in ritual and philosophical traditions, the bindi is a dot applied to the centre of the forehead as a representation of a spiritual third eye. Originally applied with natural pigment, bindis have transformed over time to become a popular, mass-produced accessory. Kher reclaims this way of seeing by creating lavish, intensely layered “paintings” charged with the bindi’s conceptual and visual links to ideas such as repetition, sacredness and ritual, appropriation, and markers of the feminine. The bindi becomes a language or code, which we may begin to read through works that elicit formal connections between Western painting pratices such as abstract expressionism, op art, and geometric abstraction, and the Tantric and neo-Tantric traditions of India. Kher states: “I activate the surface for you to imagine the microcosmic and macro. Remember also that the work looks back at you.”

Moridja Kitenge Banza
A multidisciplinary artist, Moridja Kitenge Banza expresses himself through painting, photography, video, drawing, and installation. His process is situated at the intersection of reality and fiction, a lens through which he questions the histories, memories, and identities of the places in which he has lived in relation to the positions he has occupied while residing there. Kitenge Banza intentionally confuses fact and fiction to problematize hegemonic narratives and create spaces wherein marginalized discourses may flourish. Drawing from past and present situations, the artist organizes, assembles, and traces figures as would a land surveyor, reappropriating codes from cultural, political, social, and economic milieux.

Salman Toor
Salman Toor received his MFA in painting from the Pratt Institute in Brooklyn in 2009. Toor’s works have ranged in style from meticulously executed nineteenthcentury-style history painting to loosely painted and abstracted figuration employing design elements and visual language from both Eastern and Western pop culture. Toor’s brushstrokes place young, queer, brown men in scenes of love, friendship, and solitude in luscious oil paintings. In his work, he challenges the systematic exclusion from art history of queer men of colour. Beauty, vulnerability, and power shine through each painting. Into his depictions of intricate scenarios and intimate encounters, the artist weaves elements from both the Pakistani and American (specifically New York City) cultures. Toor has had several solo exhibitions in the United States and Pakistan, and has been featured, as artist and as writer, in publications such as ArtAsiaPacific, Wall Street International, the Express Tribune, and the Friday Times. 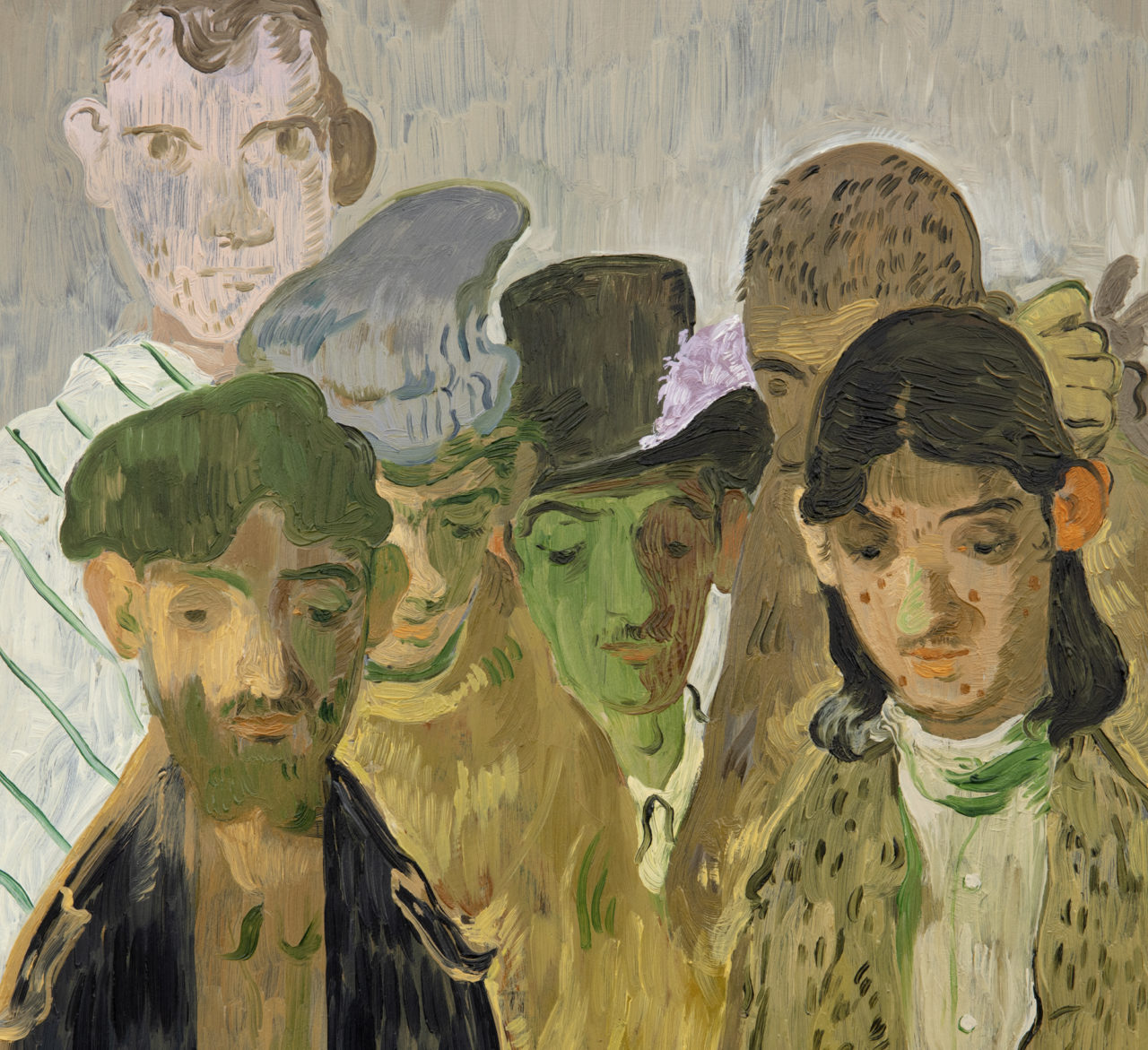 Panel Discussion with the Artists 4/4 – RELATIONS