RELATIONS: Diaspora and Painting – Panel Discussion with the Artists (3/4)

In conjunction with the exhibition RELATIONS: Diaspora and Painting, the PHI Foundation presents a series of conversations with artists from the exhibition. This series will be divided into four events presented during the run of the show.

Join us for the third panel discussion with Kamrooz Aram, Jordan Nassar, and Jinny Yu, moderated by Tracy Valcourt and followed by a Q&A session moderated by Rihab Essayh.

Kamrooz Aram
Kamrooz Aram’s diverse practice engages the complex relationship between traditional non-Western art and Western modernism. Working in a variety of media, including painting, collage, drawing, and installation, Aram uses image-making as a critical device to effect a certain renegotiation of history. His paintings reveal the essential role of ornament in the development of modern art in the West. Aram complicates the relationship between ornament and decoration, situating the history of ornament as a drive toward an absence of figuration, a movement toward abstraction. Another aspect of his practice considers the carefully constructed neutrality of museum displays as a primary site for encountering artworks. Functioning together with the reproduction and circulation of works in catalogues and art history texts, this mode of display historicizes works of art in their original context, often inculcating a sense of cultural nostalgia. Through photography, collage, and installation, Aram teases out the techniques of temporal and cultural distancing through which artworks become contextualized and are reframed as artifacts.

Rihab Essayh
Born in Casablanca (Morocco), Rihab Essayh obtained her BFA in studio arts and art education at Concordia University in 2017 and is currently pursuing her MFA in studio arts at the University of Guelph. Essayh is a multidisciplinary artist with auto-ethnography documentation process and transformed through a research-based methodology, basing and referencing the current state of cultural anthropology. Employing an immersive approach, her installation artworks serve a contemplative gaze of contemporary interpersonal issues. Her works were presented at Never Apart, at Conseil des arts de Montréal, at Fofa Gallery and Art Souterrain festival. rihabessayh.com

Jordan Nassar
Jordan Nassar’s favourite subject is landscape. He embroiders his compositions, which are framed by and built up through repeat patterns adapted from traditional Palestinian motifs. At first glance, his scenes seem innocuous enough, comprised of rolling hills rendered sometimes in vibrant shades of red and at others in more muted grays and browns. The hills are framed by a dramatically hued sky: often blue, as one might expect, but sometimes pink or orange. The effect is of distant peaks dappled by the rays of the setting sun in late summer. This idyll, seemingly an abstract view that could well be anywhere, turns out to be imaginary yet specific. Of Palestinian descent but born and raised in New York City, Nassar uses his work to evokes a particular kind of imagined space: the sort of utopian vision of Palestine held by the displaced constituents of the region’s diaspora. In devising these landscapes, Nassar always works from his imagination rather than from photographs. His spaces are visionary and hopeful, but also tinged with the recognition of an inescapable fact—that their realization is foreclosed, at least for now, by political realities. Looking at the artist’s seemingly anodyne landscape images, we are connected to the works’ deeper context by the physical lens through which they are fashioned and framed: the traditional Palestinian patterns from which Nassar composes his canvases.

Tracy Valcourt
Tracy Valcourt is a PhD candidate (Humanities) at Concordia University in Montreal. Her research examines aerial perspectives of landscape, and their contribution to the formation of world views in both representing and supporting top-down power structures. At Concordia, she has led courses in the Departments of Art History, Fine Arts, and Design and Computation Arts; in Fall 2020 she will teach an art history course on surveillance and visual culture. For the past fifteen years, Tracy has been a frequent contributor to Border Crossings: A Magazine for the Arts, and has written numerous essays for exhibitions and online art projects, such as Forestrial Brain by Matt Shane and Jim Holyoak. In 2018, she published a chapter on art and cartography co-authored with Dr. Sebastien Caquard (Concordia) in Artistic Approaches to Cultural Mapping: Activating Imaginaries and Means of Knowing (Routledge). Upcoming publications include essays on Julie Mehretu and Bharti Kher in a PHI publication accompanying the exhibition RELATIONS: Painting and Diaspora, and the introductory essay to the exhibition catalogue for Domestic Fetishes, by artist Susan Andrews Grace.

Jinny Yu
Jinny Yu’s practice is an inquiry into the medium of painting as a means for seeking to understand the world around us. Her work, which was presented at the 56th Venice Biennale, addresses themes of migration that resonate with larger, global political concerns. Yu works simultaneously to scrutinize conventions and explore new possibilities within the medium of painting, oscillating between the fields of abstraction and the object. Her work has been shown widely, with exhibitions in Canada, Germany, Japan, Italy, Portugal, South Korea, the United Kingdom and the United States. 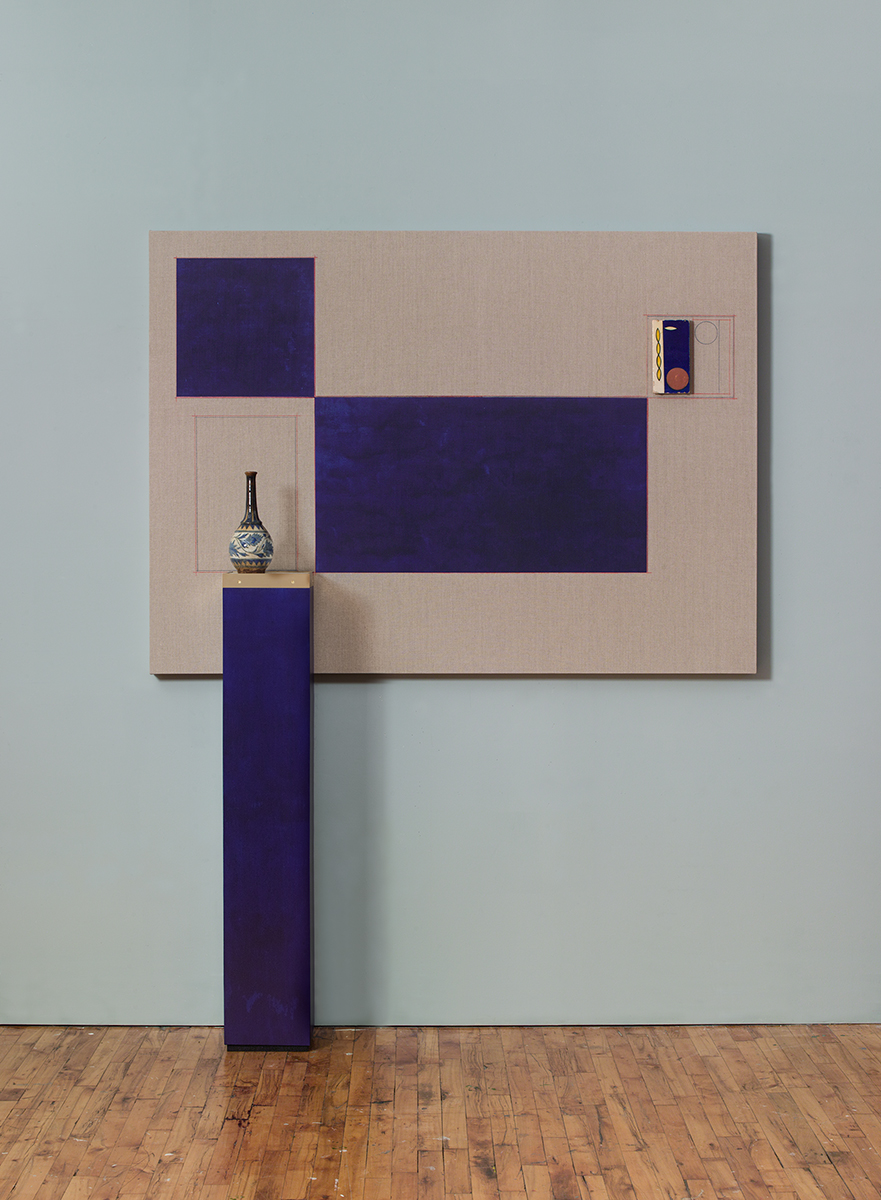 Panel Discussion with the Artists 3/4 – RELATIONS