Co-presented by the PHI Foundation for Contemporary Art and Art POP:

Anti-Gone is a livestream performance by artist Theo Triantafyllidis, based on the comic book of the same name by Connor Willumsen, commissioned and produced by Onassis Culture. Anti-Gone incorporates live performance with real time simulation to explore the social impacts of technology, privilege and the beginnings and ends of worlds.

Adapting the mechanics of open world video games, Anti-Gone revises traditional narrative into a continuous simulation, taking place in a meticulously crafted 3D world, full of visual signifiers of paradise: a bright blue ocean, lush multicoloured vegetation, a sunken city lit by glowing sunsets. This world is also riddled with social unrest and mutation, a post-climate change world where environmental catastrophe has become normalized. The vestiges of late-capitalist culture – consumerism, inequality, social unrest – live on, clinging like barnacles to the ruins of civilization. This work features Spyda and Lynxa on their sailboat, as they glide from shopping to movies to psychedelic drugs, and social unrest. Using a motion-capture suit and a virtual reality headset as embodied interfaces, actors puppeteer their live avatars. Performing alongside them, behind the scenes, Triantafyllidis and his team of game engineers direct and shape the world in real time. Via a live chat, the online audience will have the opportunity to directly interact with the performers by improvising dialogue and controlling characters and environmental conditions in real time, thus changing the course of the narrative. In the midst of uncertainty, Anti-Gone is offering a soothing experience with a critical view on the privilege of escape.

Theo Triantafyllidis
Theo Triantafyllidis, 1988, Athens, Greece, is an artist who builds virtual spaces and the interfaces for the human body to inhabit them. He holds an MFA from UCLA, Design Media Arts and a Diploma of Architecture from NTUA. He has shown work in museums, including the Hammer Museum in LA and NRW Forum in Dusseldorf, DE. He was part of Hyper Pavilion in the 2017 Venice Biennale and the 2018 Athens Biennale: ANTI. He is based in Los Angeles, US. Triantafyllidis is represented by: The Breeder, Athens and Meredith Rosen Gallery, New York.
slimetech.org/anti-gone 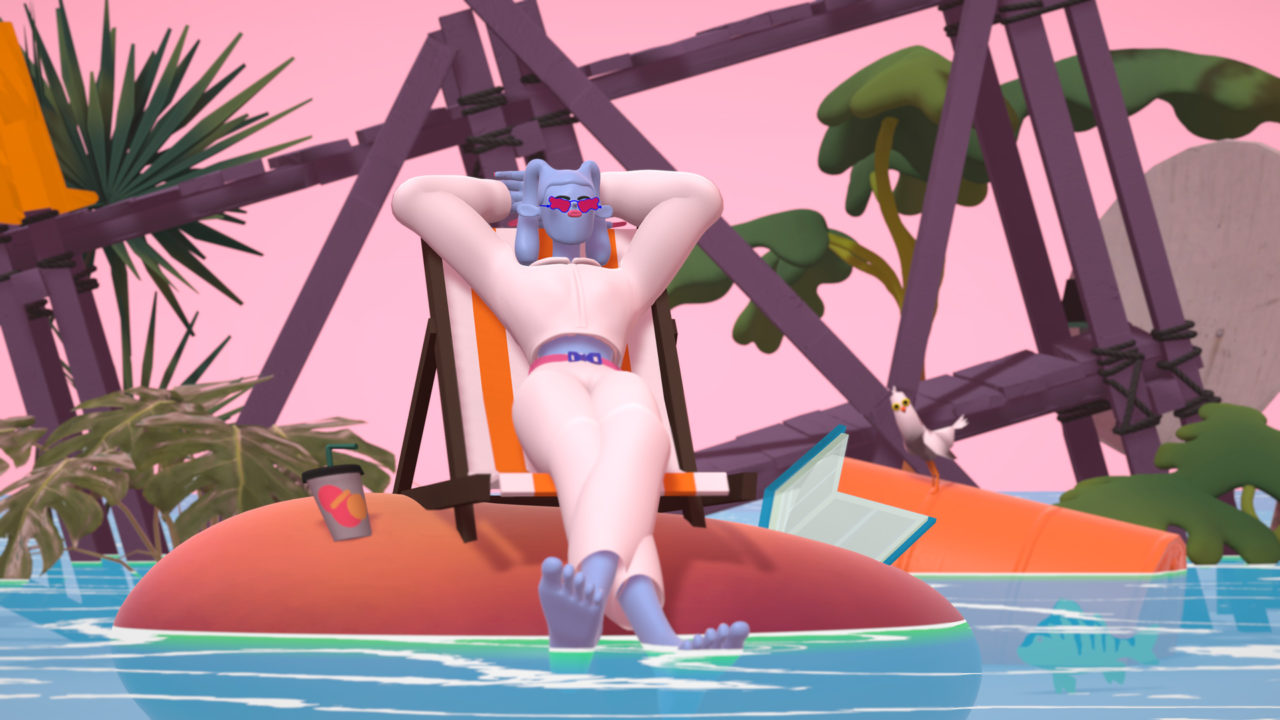