Bring Down The Walls: Migrant Rights

Our third School Day will address migrant incarceration in Canada and the construction of a new immigration detention centre in Laval. Stephanie J. Silverman will provide an overview of immigration detention in Canada through an abolitionist lens. Stefan Christoff will speak on his experience as an activist and artist involved in the fight for migrant rights. Gabriella Den Elzen will present a research project that studies the architecture of the immigration detention centre in Laval. Three members of the collective Art Entr’Elles—Carole Lepage, Émilie Beaulieu-Guérette et Anne-Céline Genevois—will be talking about their latest artistic collaboration, Dénombrement, regard sur l'incarcération au féminin.

Presentations will be offered in English and French. Whisper translation in both languages is available upon request. The event will be filmed. Active listening will be offered on site.

Stephanie J. Silverman
Dr. Stephanie J. Silverman is a detention, immigration, and asylum researcher living in Toronto. A research associate at the Centre for Refugee Studies, she is also a founding partner at Thinking Forward, a human rights consultancy. Until May 2019, Stephanie was a faculty member at Trinity College and, in 2018, completed her tenure as the national Bora Laskin Fellow in Human Rights Research. Stephanie earned a DPhil in Politics and International Relations from the University of Oxford in 2013, and also holds degrees from the University of Toronto and York University. In addition to her book Immigration Detention: The Migration of a Policy and Its Human Impact (Routledge, 2015, 2017), Stephanie has published more than 45 contributions to peer-reviewed journals, scholarly and government reports, book chapters, working papers, and articles in the popular press. McGill-Queen’s University Press will publish her new book, The Detention Estate, in fall 2021.

Gabriella den Elzen
Gabriella den Elzen is an architectural designer and artist based in Tiohtià:ke/Montreal. Working predominantly in modes of architectural representation such as drawing and model making, she explores the role of architecture in relation to justice. Her current work centres on the use of visual representation as a method for unveiling the punitive nature of migrant detention facilities. Gabriella holds a BAS from the University of Waterloo and a MArch from McGill University. While completing her graduate thesis, she was supervised by Ipek Türeli, the Canada Research Chair in Architectures of Spatial Justice.

Stefan Spirodon Christoff
Stefan Spirodon Christoff is a media maker, community activist, and artist living in Montreal. As a media worker, Stefan has collaborated with media institutions around the world including the Pacifica Radio Network, Al Jazeera, and Democracy Now! He hosts the program Free City Radio every Wednesday at 11 AM on CKUT 90.3 FM. Stefan makes music and has contributed to various documentary and creative films, including works by Puck Lo, Jesse Freeston, and Samer Najari. He has released multiple albums, including duets with the composer Sam Shalabi, and has an album coming out in 2020 with Seattle-based cellist Lori Goldston. As an activist, Stefan organizes locally on various issues, including migrant justice struggles and on confronting unconstitutional aspects of “anti-terrorism” legislation post-9/11. He has also organized locally and internationally as part of the global Boycott, Divestment, and Sanctions (BDS) campaign in support of Palestinian human rights, working in direct coordination with the BDS national council in occupied Palestine. Locally, Stefan regularly organizes cultural events, involving music, film, and poetry, through Howl! Arts. You can find Stefan at twitter.com/spirodon.

Art Entr’Elles Collective
Art Entr’Elles is a female-led art collective that says NO to violence, poverty and intolerance. Its creation stems from a common desire of women who have been in conflict with the law. Since 2009, the collective has nurtured collaborations between artists and women who have been incarcerated. Inspired by the ideals of social justice, it has conceived a shared creative process that gives voice to a community who has often been excluded from public discourse. To this day, Art Entr’Elles has produced eight projects that have been exhibited widely. Its latest video project, Dénombrement, un regard sur l’incarcération au féminin, reflects on the experience of women who have been incarcerated. The project was initiated by the members of the collective, in collaboration with director Emilie B. Guérette and set designer Hubert Lafore. Three members from the Dénombrement team will be present to share their experiences working on the project. 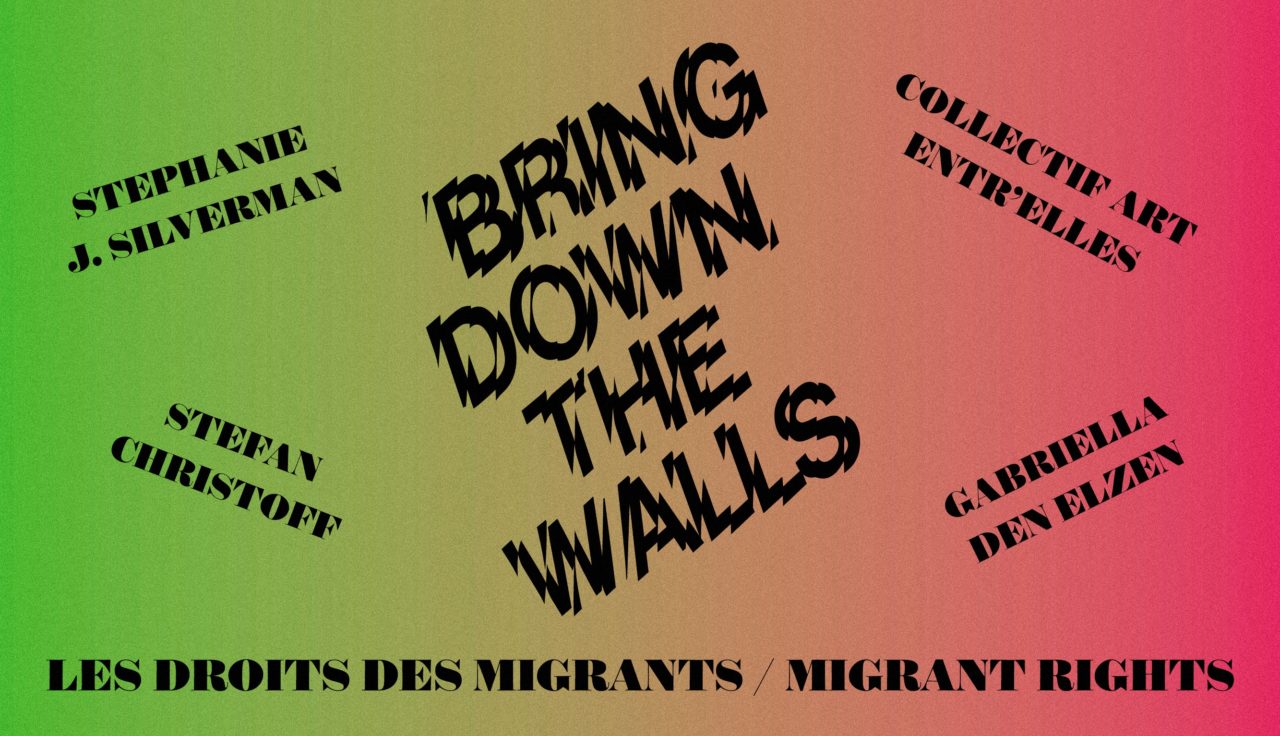