Bring Down The Walls: Abolition Now!

As part of the Phil Collins exhibition, the Phi Foundation for Contemporary Art presents four events within the framework of the installation Bring Down The Walls. The public is invited to take part in School Days with informative sessions and workshops on prison abolition and social justice, followed by Club Nights organized by Montreal-based music collectives and international guests.

For the first School Day event of this series, members of the Anti-Carceral Group will discuss the history of the prison system in so-called Canada and initiate a reflection on the principles of prison abolition. Brittany Weisgarber and Nina Segalowitz will present their research on over-incarceration of Indigenous peoples in Canada, Indigenous approaches to justice and healing, and their experiences within Quebec’s provincial women’s prison. Reuben Miller will speak on his current research on the intersection of race, poverty, crime control, and social welfare policy in the United States and within the prison industrial complex. Dorothy Williams will discuss issues of systemic oppression of Black people in Canada through the lens of her ongoing research on inequalities fostered by the judicial system and slavery. Will Prosper will address contemporary experiences of inequalities in racialized communities, centered around questions of profiling. The session will end with a discussion involving all of our guests, bringing together their work and engaging the public in a broader discussion on inequalities within political systems.

Presentations will be offered in English and in French. Whisper translation is available on request in both languages.

Originating as a public art project, Bring Down The Walls explored the prison-industrial complex in the United States through the lens of house music and nightlife. The project consisted of a communal space that functioned as an open school by day and dance club by night, as well as a benefit album of classic house tracks re-recorded by formerly incarcerated vocalists and electronic musicians. For the exhibition at the Phi Foundation, Collins proposes Bring Down The Walls (2019), an installation version of this project reconfigured specifically for the Montréal context and the space at 465 Saint-Jean Street, with corresponding public programming that will build on the discussions and relationships that began in New York.

Anti-Carceral Group
Gene, an ex-federal prisoner, and Sheena, an anti-prison organizer, will discuss prison history and resistance in so-called Canada.

Brittany Weisgarber
Brittany Weisgarber is a master’s student of European and Mi'kmaq ancestry currently studying in the Individualized Research Program at Concordia University. Her research takes place within the context of a multi-year project spearheaded by Dr. Felice Yuen and focused on gaining understanding of the healing and rehabilitation needs of Indigenous women incarcerated in Quebec’s provincial women’s prison. Weisgarber is particularly interested in breaking down barriers between academic communities and communities in which research takes place via arts-based representations of knowledge.

Nina SegalowitzNina Segalowitz (Inuit/Chipewyan from Fort Smith, Northwest Territories), a mother of three, has been giving regal performances of throat singing for more than twenty years. She has performed in many countries (France, Belgium, Luxembourg, the United States, and across Canada) together with many groups and singers and for esteemed audiences such as HRH Queen Mathilde of Belgium.

Reuben Miller
Reuben Jonathan Miller is an assistant professor in the School of Social Service Administration at the University of Chicago. He is currently completing a book, titled Halfway Home: Race, Punishment, and the Afterlife of Mass Incarceration, based on fifteen years of research and practice with currently and formerly incarcerated men and women, and their families, partners, and friends. He is also launching a comparative study of punishment and social welfare policy in the port cities that were most involved in the transatlantic slave trade.  A native son of Chicago’s Southside, Dr. Miller received his PhD from Loyola University Chicago, an AM from the University of Chicago, and a BA from Chicago State University.

Dorothy W. Williams
Dorothy Williams is a historian who specializes in Black Canadian history. She has authored three books and contributed to other scholarly and academic publications. Her first book, Blacks in Montreal, 1628–1986: An Urban Demography (Éditions Yvon Blais, 1989), was written at the behest of the Quebec Human Rights Commission during its study of racism in Montreal’s housing market. Her second work, The Road to Now: A History of Blacks in Montreal (Véhicule Press, 1997), is the only chronological study of Blacks on the island of Montreal. While studying for her PhD, Dr. Williams contributed chapters on Black Canadian print culture for both volumes of The History of the Book in Canada (University of Toronto Press, 2005 and 2007). Her thesis, “Sankofa: Recovering Montreal’s Heterogeneous Black Print Serials” (McGill University, 2006), focused specifically on the range of Black print culture in Montreal.

Will Prosper
Will Prosper is a documentary filmmaker and human rights activist. A former RCMP officer, he co-founded Montréal-Nord Républik, a citizens’ movement against police brutality and economic oppression. He is also a co-founder of the Hoodstock Social Forum, a space for dialogue and social innovation for the co-creation of inclusive, safe, and dynamic urban spaces. Over the years, Will has contributed to important civil society institutions in Quebec, such as the Popular Commission on Political Repression, the Ligue des droits et libertés, the Coalition for Equality and Against Systemic Racism, and the Faut qu’on se parle collective. He writes and frequently appears in the media on questions of social justice and human rights. 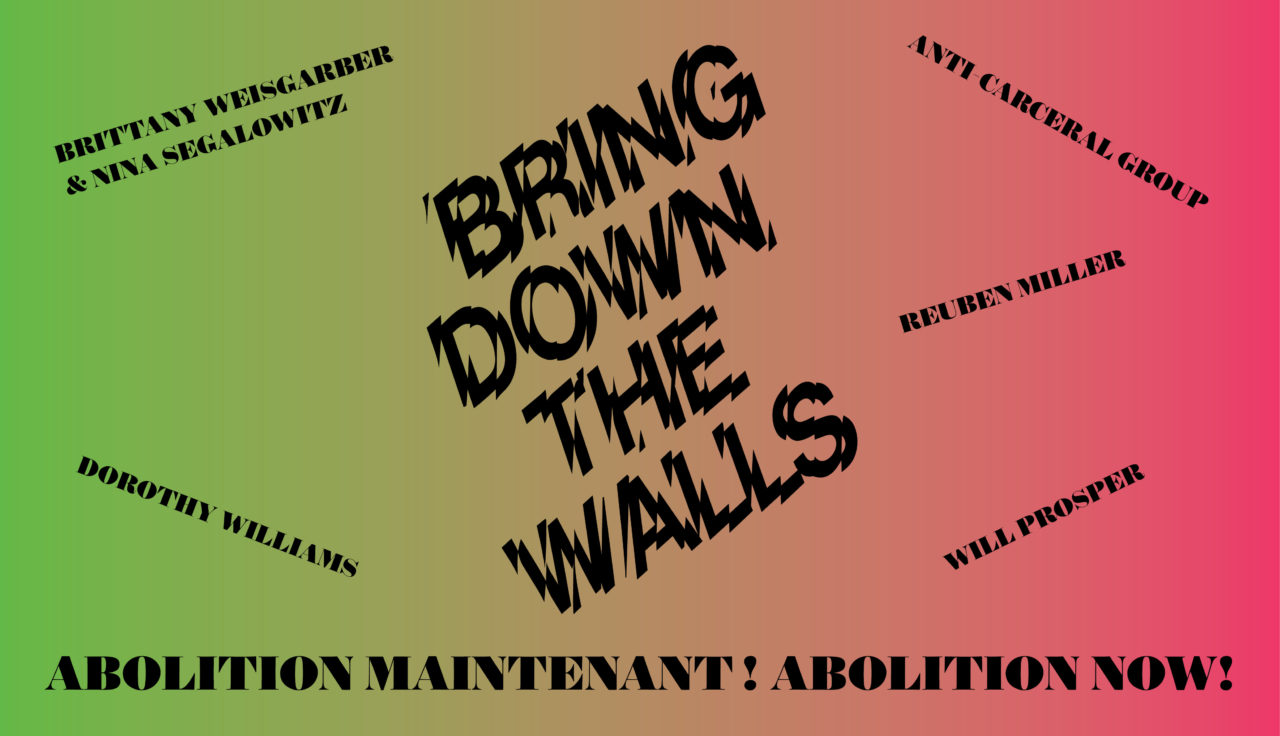 11 PM to 6 AM
Related Exhibitions