For the third Club Night of this series, the Phi Foundation invites the Montreal collective Moonshine to curate the evening. Featured DJs include Bonbon Kojak and AKAntu, with special guest Ushka from Brooklyn.

The event will start on time. Be there early!

School Day
During the day, don't miss the round table titled Migrant Rights, with the participation of Stephanie J. Silverman, Stefan Christoff, Gabriella den Elzen and the Art Entre’Elles collective.

Ushka
Thanushka (Thanu) Yakupitiyage is a Sri Lanka-born, Thailand-raised activist, cultural organizer, and DJ working under the moniker “Ushka.” She moved to the US when she was 18 to attend Hampshire College in western Massachusetts, and received a Master of Arts in Communications from UMass Amherst. She has lived in New York City for almost ten years, where she works as a media professional and storyteller in the immigrant rights movement and, more recently, the climate justice movement. Thanu’s professional, political, and artistic interests concern (im)migration, and she uses writing, video, and music/audio to explore the everyday lives of brown and black communities from the Global South to the West.

AKAntu
AKAntu is a Montreal-based DJ born in Lubumbashi, Congo. He has devoted himself to music since his teenage years, and for the first time has begun to produce albums for local music artists. Following his arrival in Canada, AKAntu soon came to stand out in the city’s underground scene as a host of successful dance parties.

Bonbon Kojak
For the past few years, full moons in Montreal have come with the promise of skilful and uplifting curation by an enigmatic DJ who goes by Bonbon Kojak. He takes patrons on a high-octane journey through carefree tropical rhythms, spellbinding and exuberant Afro-house, brain-bending favela funk and all-around percussive hedonism.

Rocked by the Congolese sounds of his childhood, the DRC-born Bonbon Kojak always seemed to gravitate towards rhythm and vibration. After relocating to Johannesburg, he studied music in its many different forms. Since landing in Montreal, he has served as resident DJ at the cult Moonshine parties hosted by his eponymously named Afro-futuristic collective of musicians, DJs and visual artists. Kojak has also shared the stage with the likes of Kaytranada, Windows 98 and Shabazz Palaces, and performed at Igloofest, RBMA Weekender, Boiler Room and Mutek.

He released the first instalment of his Espoir 2018 mixtape series through OkayAfrica. Known for his uncanny ability to juggle the latest Afrotronic sounds with a smattering of global rhythms, Kojak brings his lunar-based recipe for swirling success to dancefloors.

Moonshine
Depending on whom you ask, the esoteric effects of lunar cycles can be wide-ranging: good fortune, human fertility, ocean tides, werewolf prevalence and loss of sanity among them. For the like-minded musicians, DJs, dancers and visual artists who make up the Moonshine collective, the planetary satellite above all inspires their eponymous monthly event, driven by an inclusive ethos and a shared love for experimentations in dance culture.

Since its founding in 2014, Moonshine has carved out an enviable niche in Montréal’s nightlife milieu by celebrating a wide range of fledgling local talents, championing Afro-futuristic, bass-heavy, electro-funk sounds, and bringing together communities that wouldn’t necessarily cross paths otherwise. As the name indicates, the lunar-based Moonshine recipe has the collective throw an all-night, sensory-soaked party on the Saturday after every full moon in ever-shifting, unpredictable locations across the city, always strictly disclosed via text messages. With fresh cuts supplied by resident DJs Pierre Kwenders and Bonbon Kojak, visual installations by Boycott, and a slew of live musicians and performers that have included Kaytranada, Dâm-Funk, Le1f, Venus X, DJ Windows 98 (Arcade Fire’s Win Butler), Bambii and Branko, the parties have become a staple of the after-hours scene, in Canada and abroad, with appearances in NYC, LA, Paris, Brussels, Lisboa, Barcelona and Santiago.

“The essence of Moonshine came out of parties we used to throw in our kitchens,” recalls Kwenders. “We felt like we couldn’t go out and find what we had cooked up in that kitchen. It’s one of the reasons we started Moonshine: to share that with more people who felt just like us, and who didn’t have access to such sounds or vibes.” Still going strong four years on, Moonshine has also begun making use of the aesthetic, network and structure it established with the parties to promote affiliated artists, expanding its vision from ephemeral moonlit soirées to an expanding catalogue of genre-busting music, art and apparel. 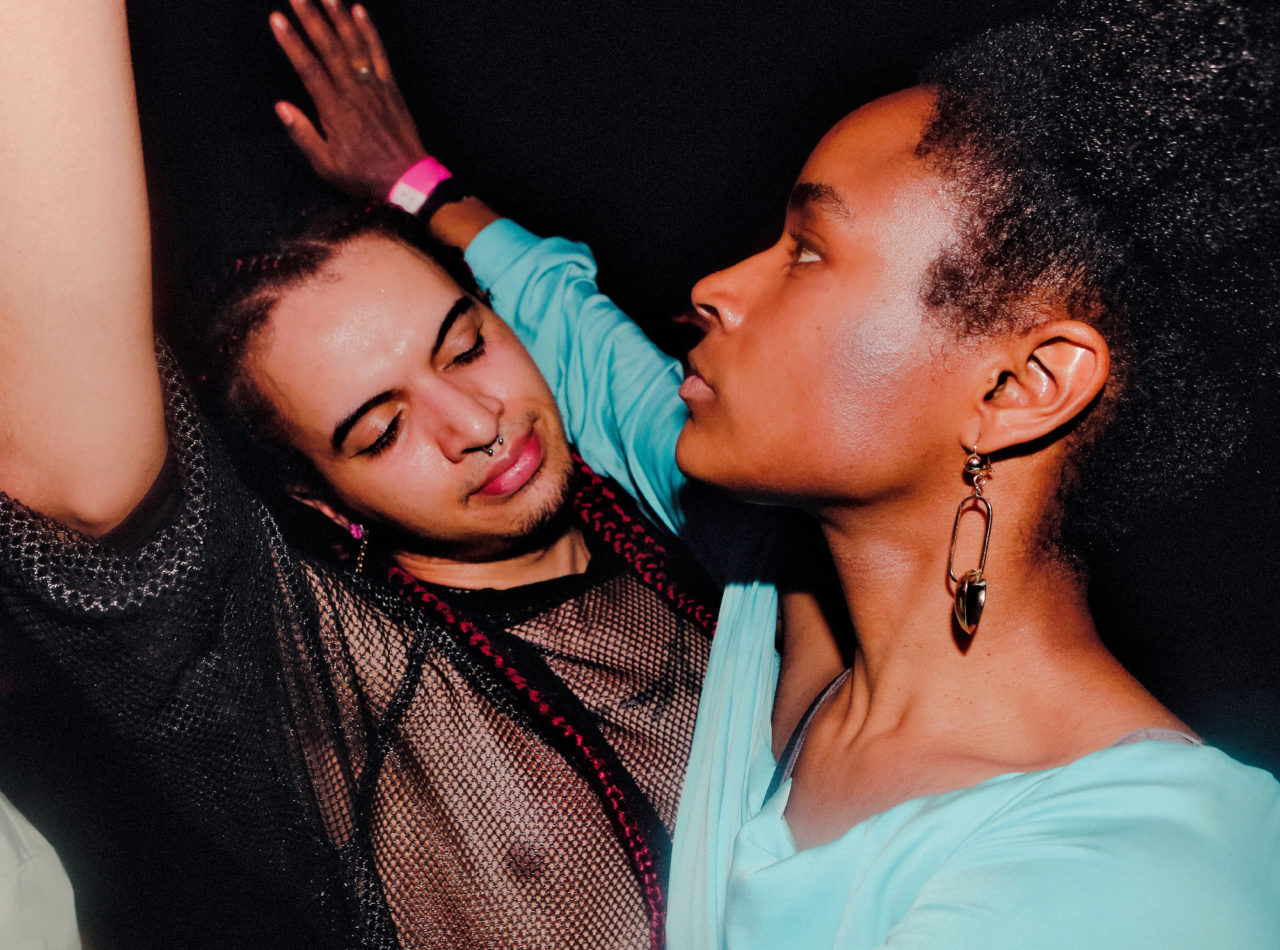