The Phi Foundation for Contemporary Art in collaboration with the CCA presents a screening of Ceremony by Phil Collins.

What is the relationship between Manchester in 2018 and the Russian Revolution of 1917? The German philosopher Friedrich Engels, who wrote the Communist Manifesto with Karl Marx, lived for years in this British industrial city. Through this founder of communist theory, artist Phil Collins investigates what remains of his ideas in today’s United Kingdom. How would Engels view the world today? And has anything changed for ‘the working poor’?

Collins not only brings Engels back to Manchester metaphorically, but also literally. We follow the journey that a statue of the philosopher makes from a Ukrainian village through Europe and back 'home'. With his visually layered Ceremony, a combination of documentary road movie and social-activist pamphlet, Collins proposes a renewed link between Manchester and the idea of communism as a radical and visionary alternative for the 'tyranny of capital' that still has a grip on our political, economic and emotional life.

Phil Collins
Born in 1970, Phil Collins grew up in the North of England. He studied at the University of Manchester (BA English Literature and BA Drama), and University of Ulster in Belfast (MA Fine Art). During this time he worked different jobs, including a cloakroom boy and pint-puller at the Hacienda nightclub, a bingo caller, a lecturer in performance and film theory, a high-street photo lab assistant, and a secretary at the Big Issue magazine for the homeless.

Collins currently lives in Berlin and Wuppertal. He is Professor of Video Art and Performance at the Academy of Media Arts in Cologne. 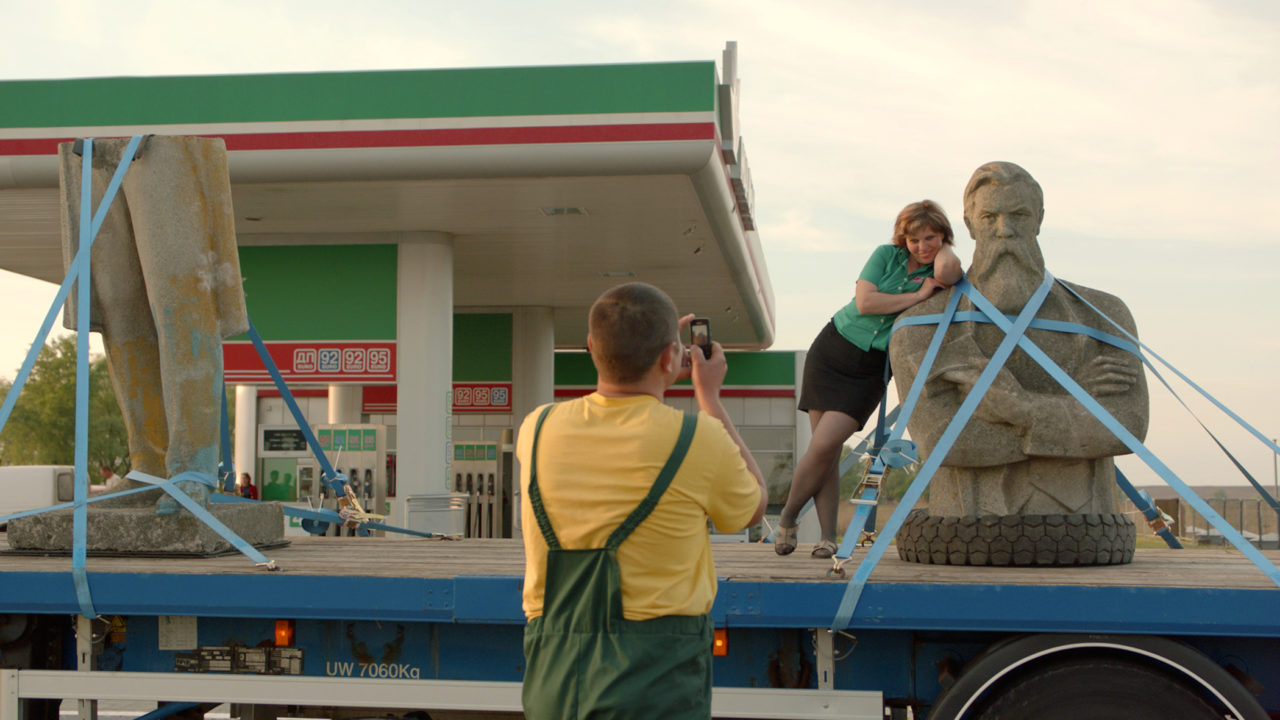 The CCA is an international research centre and museum operating from the fundamental premise that architecture is a public concern.  Based on its extensive collection, exhibitions, public programmes, publications and research opportunities, the CCA is advancing knowledge, promoting public understanding, and widening thought and debate on architecture, its history, theory, practice, and role in society today.