Perte de Signal, a Montreal artist centre dedicated to digital art celebrates its 15th anniversary at the Phi Centre with a special evening of performances and audio visual experimentation that will take place in two parts. The first part features Synthesthesia, an interactive workshop developed especially for DHC/ART Education as part of the Ryoji Ikeda exhibition. After a performance by artists Alexandre Quessy and Darsha Hewitt using Synthesthesia (a free application, which generates sounds from visual ‘scores’) the public will be invited to join in a real time jam. The second part of the evening will present three performances: Muu by Nelly-Ève Rajotte, La chambre des machines by Nicolas Bernier and Martin Messier, and Retour de signal by Érick D’Orion.

For 15 years, Perte de Signal has played an active role in the development, presentation and distribution of media and digital art in Quebec and internationally. With over 20 artist members, Perte de Signal has supported the production of more than 150 artistic projects including video works, installations, performances, public works and screenings. Furthermore, it has produced and presented exhibitions and organized residencies for emerging, local as well as international artists. The centre also proposes workshops for its artists and professional programmers as well as for students and children as a way to introduce them to digital art. For over a year, Perte de Signal has opened an electronic lab to support production, training and research-creation activities. The evening of November 15 will therefore be an occasion to celebrate 15 years of Perte de Signal’s artistic implication and will also underscore its contribution to the promotion of the Quebec digital arts scene.

Artists Alexandre Quessy, Darsha Hewitt, Nelly-Ève Rajotte and Claudette Lemay from Perte de Signal conceived the workshop Synthesthesia as part of DHC/ART Education events in conjunction with the Ryoji Ikeda exhibition. Participants were invited to create an experimental sound composition using collages made from black and white paper that they created themselves. These collages were then analyzed by the free application also called Synthesthesia, using these visual scores to generate sounds.

Having its grand premiere at the DHC/ART Education workshop, this free application, developed by artist-programmer Alexandre Quessy will be ‘souped up’ for its final presentation on November 15.

Muu
Nelly-Ève Rajotte
The audio-visual performance Muu represents a mythical, deserted America, reflecting on the theme of disappearance. In this regard, images of the American West act as an example of space that once existed, where only traces of the living past remains. Aesthetically, the work draws from the ‘spaghetti Western’ genre with its slow, rhythmic, tense and dramatic use of music and with the juxtaposition of long panning shots over imposing landscapes and often subjective framing. As in ‘spaghetti Westerns’, where the protagonist’s dire and violent quest is situated between sound and image, Muu installs the spectator’s interaction between video and sound, between the visual space and the sonic space. The soundtrack is directly inspired by Once Upon a Time in the West, composed by Ennio Morricone and invites visitors to plunge into this ambiguous universe by creating an oft-confusing ambiance of falsely narrative tension that reveals loss and immensity.

La chambre des machines
Nicolas Bernier et Martin Messier
Machines made of gears and cranks are manipulated to produce a sound construction at the crossroads of acoustics and electronics. Submerged in surround sound, the audience discovers the interaction between mechanical and synthetic sound. With specifically tailored programming, digital processing enlarges the sound palette of the machines. La chambre des machines stems from a desire to return to the physical world in an environment of digital creation. The project also refers back to the intonarumoris, sound machines built by Italian futurists at the beginning of the 20th century. These machines contained mysterious mechanisms, just as computers do today.

Retour de signal
Érick D’Orion
Retour de signal (Signal Response) is a performative audio composition exploring the notion of citation. It does so by integrating sound content from multiple vinyl jazz LPs. The sampled fragments form a sensory accumulation, culminating into an indefinable sonic maelstrom. From this audio explosion surges a signal, or two, or a hundred… This performance is very loosely based on a recording of the 1986 New York meeting between Sun Ra and John Cage, two major players in avant-garde audio creation.

Perte de Signal is a Montreal based art centre that promotes and fosters the development of digital arts and innovative artistic uses of technology. From audio performances to video projections, and mechanical/robotics installations to public interventions, the Perte de Signal membership works in a variety of mediums while exploring a wide array of artistic and formal approaches. Perte de Signal is committed to: 1) promoting its members work on a national and international scene; 2) supporting creative research and experimentation; 3) developing critical thought concerning digital arts; and 4) mediation geared towards a range of audiences. Above all, Perte de Signal strives to be a venue that encourages initiatives, cultivates collaborations, and supports the transmission and exchange of experiences and know-how within the greater artistic community.
perte-de-signal.org 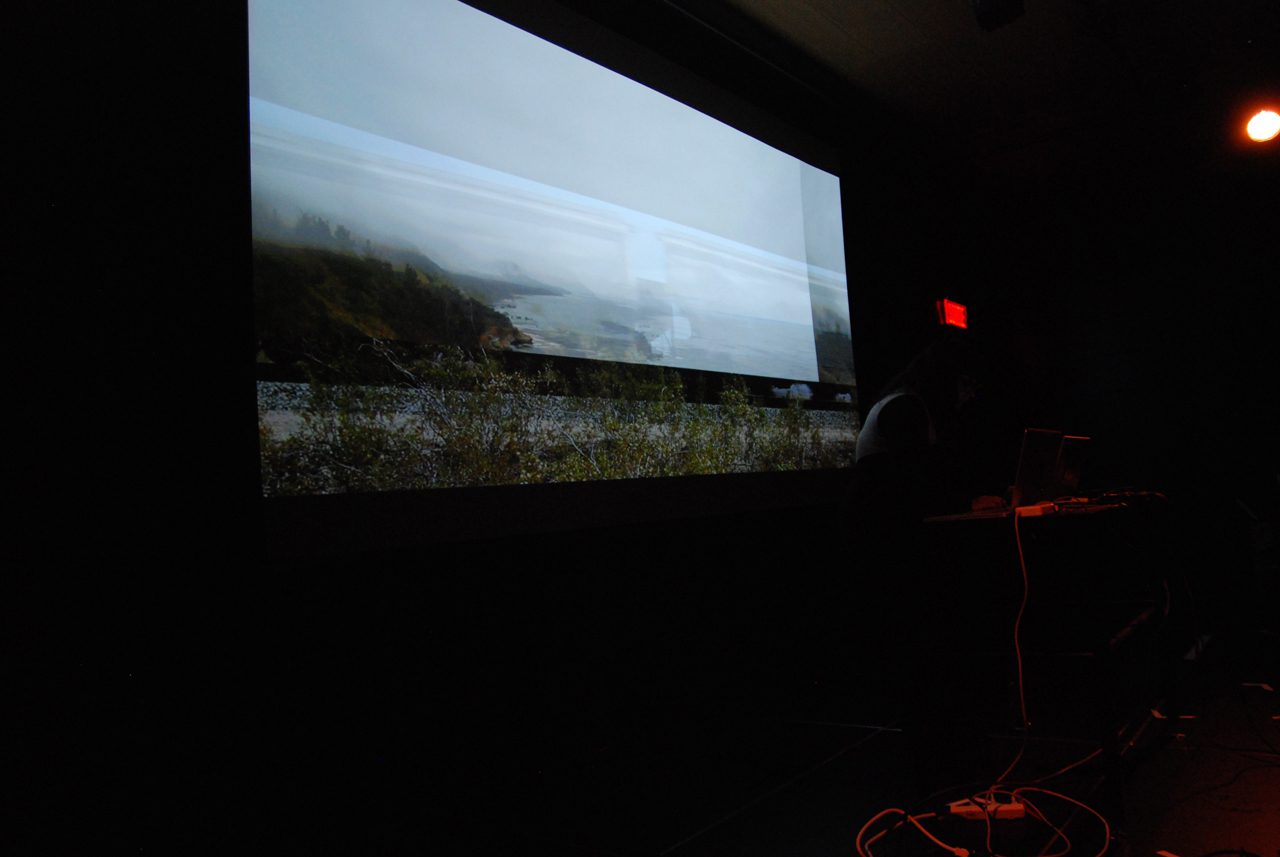