Once in print, the photographic image—whose purpose is to document the artwork—can also create new dissemination contexts for it, increasing its visibility and impact. What role does documentation play in legitimizing the artwork, and what is its influence on art history? How do professional photographers and the public contribute to contexts such as the auctioning of artworks and transient or public art practices?

Please note that the event will be in French. Limited number of seats: first come, first seated.

The entrance fee to the fair gives access to all of the programming’s activities.

Hélène Brousseau is a librarian at Artexte in Montreal, with a focus on the organization’s digital collection, and a teacher at Montreal’s Collège de Maisonneuve in the documentation technique program. She holds a bachelor’s degree in visual arts (Concordia), a certificate in archival studies (UQAM), and a master’s degree in information sciences (Université de Montréal). She is interested in open access dissemination as well as the use of archives by visual artists. Her work has been presented at the Congrès des milieux documentaires, the Association des archivistes du Québec, ACFAS (82nd Conference), and the Canadian Society for Digital Humanities. She currently serves on the board of Vtape, an artist-run, not-for-profit organization in Toronto committed to research and distribution of video art.

Karla McManus is an art historian who specializes in the study of photography and environmental imaginary. As of July 2019, she is Assistant Professor of Visual Art (Art History) in the University of Regina’s Faculty of Media, Art, and Performance. From 2017 to 2019, she was an assistant professor at Ryerson University’s School of Image Arts, where she taught graduate and undergraduate courses in the history and theory of photography. Recent publications and projects include the exhibition Inside/Outside: Images of the LAND at Artexte in Montreal (on display February–April 2019), the essay “How Anthropo-scenic! Concerns and Debates about the Age of the Anthropocene” in Anthropocene: Burtynsky, Baichwal, de Pencier (Art Gallery of Ontario, 2018), and a book chapter, “Above, Below, and Behind the Camera: The Perspective of Animals,” for the volume From Ego to Eco: Mapping Shifts from Anthropocentrism to Ecocentrism (Brill Rodopi, 2018). In 2018, Karla was a research fellow at the Canadian Photography Institute where, alongside photographer Andreas Rutkauskas, she investigated the history of the National Film Board of Canada photobook Between Friends/Entre Amis (1976).

Richard-Max Tremblay has lived and worked in Montreal since 1972. After completing studies at Goldsmith’s College, London, Tremblay worked in painting and photography. In the 1980s and ’90s he showed his works in Paris, both at the Canadian Cultural Centre and the Services culturels of the Quebec Government Office. His multidisciplinary approach, evincing unsuspected connective spaces between painting, photography and video, resulted in Montréal Télégraphe : le son iconographe (2000), a project that placed art and science in continuous dialogue, and that he co-curated with Louise Provencher.

The exhibitions Inadvertances and Contretemps followed his time as an artist-in-residence at Centre de production et de diffusion VU in Quebec City in 2003. The same venue invited him to another residency in 2011, which led to a show entitled Des fenêtres. Exhibitions followed at Galerie Division in Montreal: L’ombre des choses (painted works) in 2010 and Fenêtres (photography) en 2011. A show of his photographic portraits was held at the Montreal Museum of Fine Arts from September 2011 to September, in conjunction with the publication of the monograph Richard-Max Tremblay – Portrait by Les Éditions du passage. His recent exhibitions, Hors Champ II (paintings, 2014) and Déboîtements (photographs, 2015) address the fragility of memory and the archive. For more than forty years, his works have evolved around the idea of “the hidden”: absence, lack, masking. In 2014, Tremblay was awarded a four-month studio residency in Paris by the Canada Council for the Arts’ International Residencies program. His work during that stay, which also took him to Berlin and Venice, was the subject of his most recent exhibition, Caché, presented in the spring of 2017 at Galerie Division. That show also served as a summary of the artist’s career journey.

Richard-Max Tremblay was awarded the Prix Louis-Comtois in 2003 and a grant from the Royal Canadian Academy of Arts (RCA) Trust Fund in 2015. 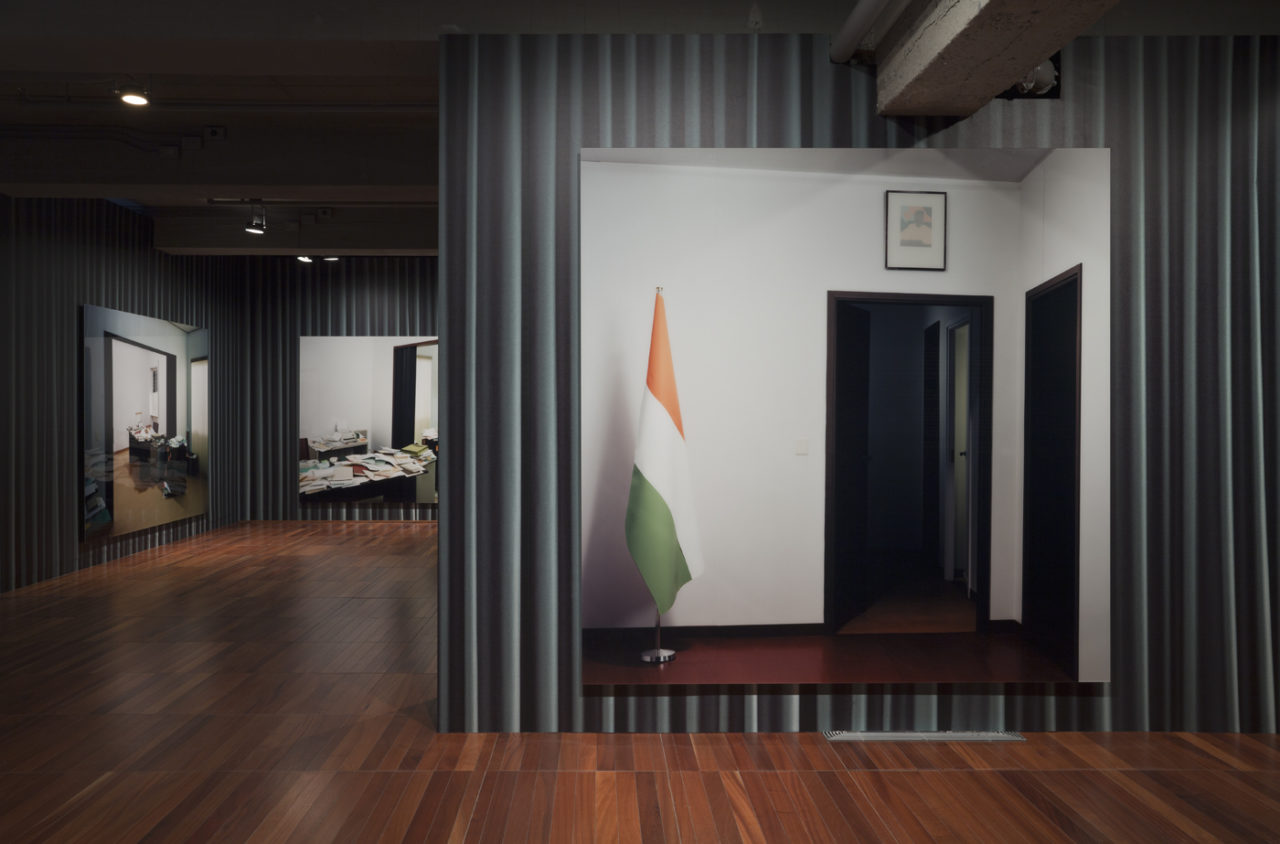 Dedicated exclusively to the medium of paper and to the possibilities it offers, Papier is one of the largest fairs of its kind in North America. The event is a key driver for Canadian contemporary art, as well as a unique meeting ground for the greater public, enthusiasts and visual arts professionals alike.