This public art project is an iteration of the PAN AFRICAN FLAGS FOR THE RELIC TRAVELLERS’ ALLIANCE series which, over the years, has taken on various forms of signage, such as flags and subway signs.

For this version in Montréal, the project takes the form of posters that can be found in the neighbourhoods of Little Burgundy, Saint-Henri, Saint-Michel, Montreal North, Park-Extension and Mile End.

The PAN AFRICAN FLAGS FOR THE RELIC TRAVELLERS' ALLIANCE (2017-2021) series explores a unique visual language created by Larry Achiampong to themes related to the African diasporic identity. The stars represent the fifty-four countries of Africa.The color green represents the Earth, black represents its people, and red represents the struggles the continent has gone through, while yellow anticipates a new future and prosperity for the Pan-African Union. While flags are usually used to represent and promote a national identity, Achiampong appropriates this form in an effort to unify nations.

Larry Achiampong
Larry Achiampong’s solo and collaborative projects employ imagery, aural and visual archives, live performance, and sound to explore ideas surrounding class, cross-cultural, and post-digital identity. With works that examine his communal and personal heritage—in particular, the intersection between pop culture and the postcolonial position—Achiampong crate-digs the vaults of history. These investigations examine constructions of “the self” by splicing the audible and visual materials of personal and interpersonal archives, offering multiple perspectives that reveal entrenched sociopolitical contradictions in contemporary society.

Achiampong completed a bachelor’s degree in mixed-media fine art at the University of Westminster in 2005, and a master’s in sculpture at the Slade School of Fine Art in 2008. In 2020, he was awarded a fellowship by the Stanley Picker Gallery in London, and received a Paul Hamlyn Foundation award in recognition of his artistic practice in 2019. He lives and works in Essex and was a tutor with the photography master’s program at the Royal College of Art between 2016 and 2021. He was shortlisted for the Jarman Award in 2021. Achiampong currently serves on the board of trustees at Iniva (the Institute of International Visual Arts), facilitating the formation of art policy in the UK and internationally. He also holds a seat on the board of trustees of the Elephant Trust. Achiampong is represented by C Ø P P E R F I E L D. 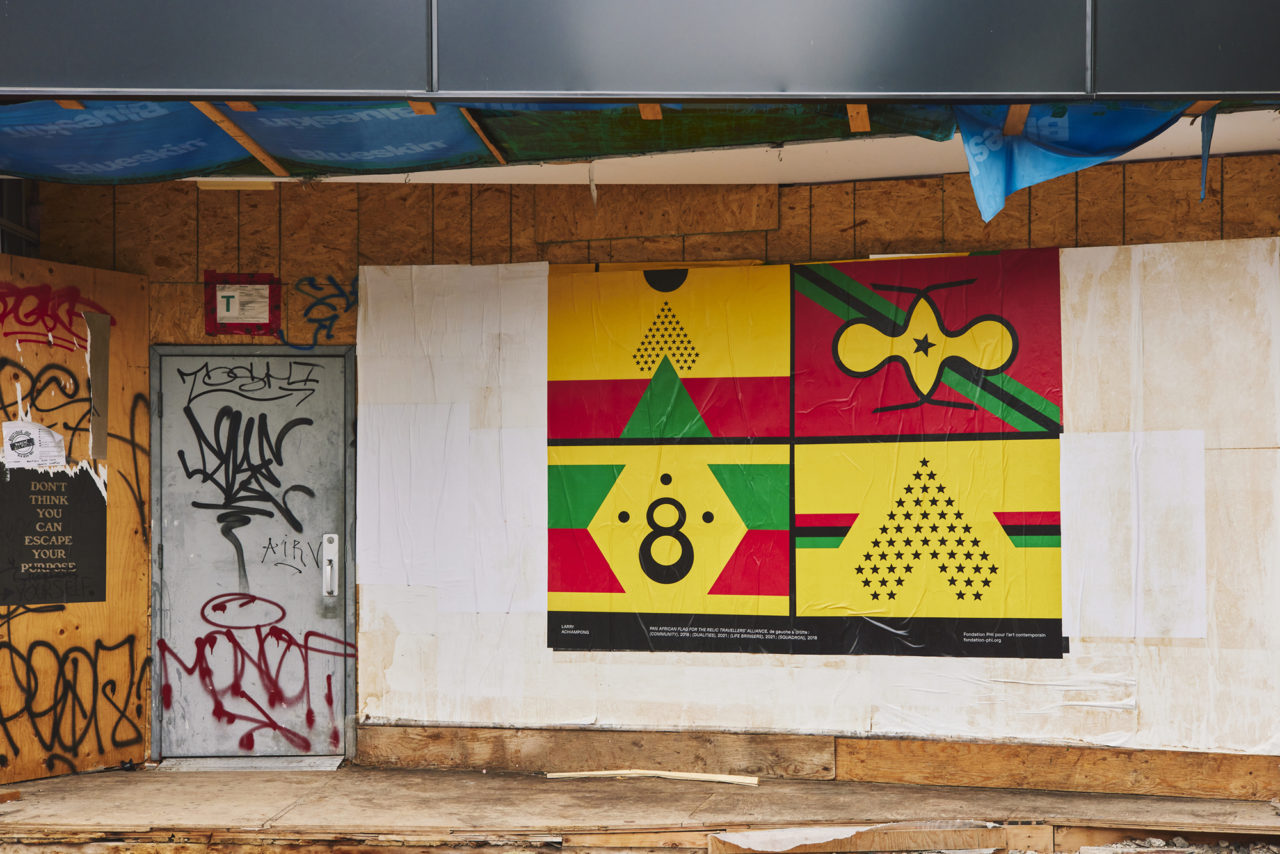