Please note that the Q&A will be held in English.

“For many years, I have been collecting Israeli fiction films shot in Jaffa as early as 1960. These are films in which Palestinians are disappeared, yet also exist at the edge of frames, visible in traces. Preserved also is a city; alive again in moving images, its gradual destruction over the decades chronicled film by film. From the footage of dozens of films I have excavated a whole community and recreated the city. Though out-of-focus, half-glimpsed, I have recognized childhood friends, old people I used to say good evening to as a boy; my uncle. I erased the actors, I photographed the backgrounds and the edges; and made the passersby the main characters of this film. In my film, I find my way from the sea, like in a dream. I walk everywhere, sometimes hesitant and sometimes lost. I wander through the city; I wander through the memories. I film everything I encounter because I know it no longer exists. I return to a lost time.”

“Kamal Aljafari is the chronicler of the inchronicable, visionary of the faded out. Somewhere between the early Luis Buñuel and Salvador Dalí (Un Chien Andalou) and the late Mani Kaul’s entire magnificent œuvre, in his new film, Recollection, Kamal Aljafari has tapped on a disquieting vision of the ruins and debris in material and memorial, pushing as he does his previous work forward by leaps and bounds. The significance of this work is manifold, achieving two contradictory tasks in particular:  dismounting the omniscient camera and staging the relic. By allowing the memory to stage and announce itself, an enduring philosophical task made essential as early as in Walter Benjamin’s prophetic turn to relics and ruins in his theory of allegory, Aljafari wonders: who is watching, who is watching the watcher, and by what authority? The damning question—Quis custodiet ipsos custodies—is here staged with astonishing confidence and ease, with the threadbare power of a visionary artist taking the instrumentality of his own art to task. The result is uncanny – you feel you have been there – but where, when, how, and now what?”

Kamal Aljafari is a graduate of the Academy of Media Arts in Cologne, where he received the Friedrich-Vordemberge Visual Art Prize of the City of Cologne in 2004. His films include The Roof (2006), which won the Best International Award at the Images Festival in Toronto and Best soundtrack at Fidmarseille, and Port of Memory (2009), which received the Prix Louis Marcorelles at Cinema du Reel Paris. His short films include Visit Iraq (2003), Balconies (2007) and My Father’s Video (2009). He was a featured artist at the 2009 Robert Flaherty Film Seminar in New York, and in 2009- 2010 was the Benjamin White Whitney fellow at Harvard University’s Radcliffe Institute and Film Study Center. In 2010, he taught film at The New School in New York, and between 2011-2013 he was a senior lecturer and the program director for the German Film And Television Academy, Berlin. He is the recipient of many film prizes and art grants such as, Filmstiftung NRW, Kunstfonds, Medienboard Berlin Kunststiftung NRW in Germany, Fonds Sud Cinema in France, the Sundance Documentary Fund in USA. In 2013, he was a jury member for art and design of the Studienstiftung des deutschen Volkes, the German Student Fund. In 2013, Kamal also received the art medal of the state Rio Grande do Sul in Brazil. Recollection (2015) was premiered at the Locarno Film Festival. kamalaljafari.com

Nasrin Himada is a writer, curator and editor based in Montréal. She currently holds a FQRSC postdoctoral research fellowship in Communications at Université de Montréal. Her interdisciplinary research interests focus on the history of Palestinian cinema, art and activism, and the militarization of urban space through prison infrastructure and police surveillance. nasrinhimada.com 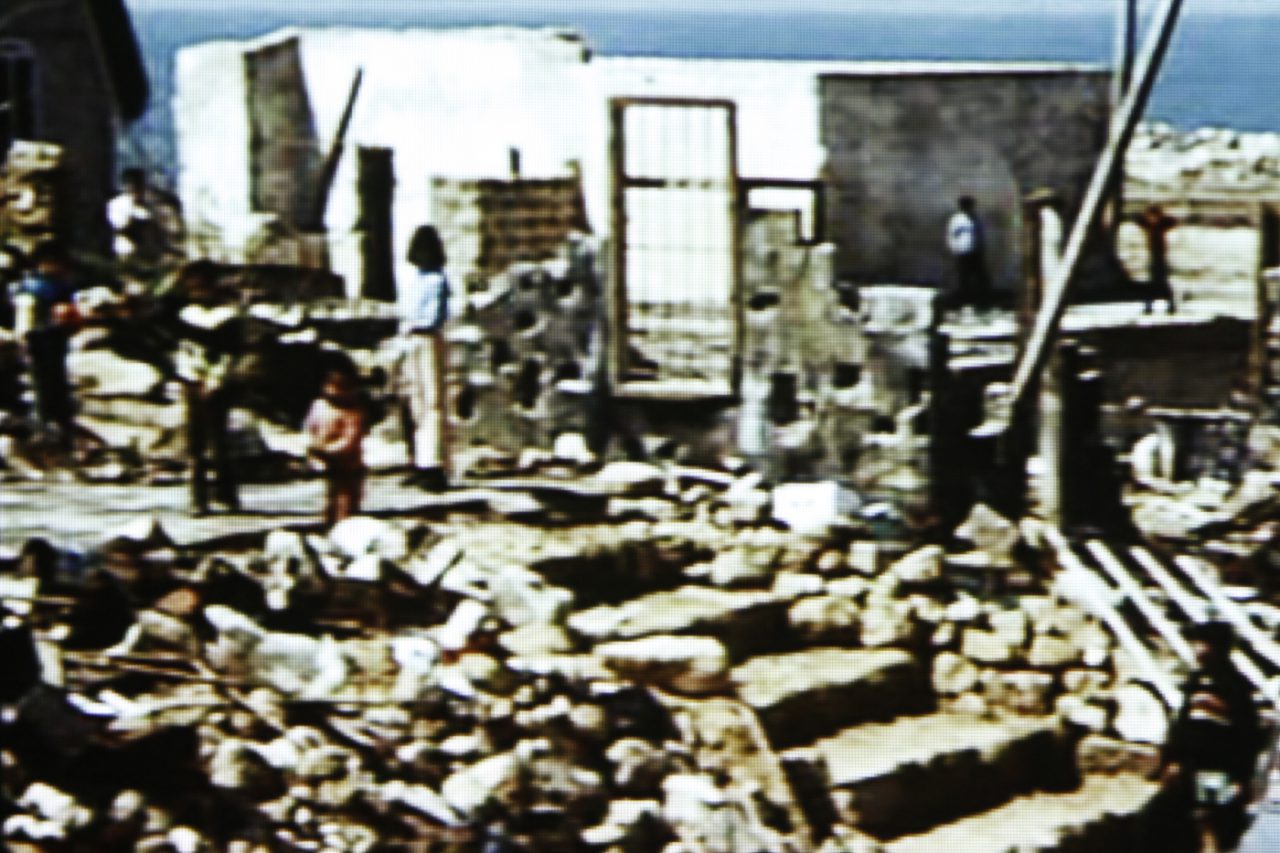