Please note that the talk will be in English and live-streamed here on this page. Limited number of seats: first come, first seated.

Joan Jonas (b. 1936, New York, USA) is a world-renowned artist whose work encompasses a wide range of media including video, performance, installation, sound, text, and sculpture. Trained in art history and sculpture, Jonas was a central figure in the performance art movement of the late 1960s, and her experiments and productions in the late 1960s and early 1970s continue to be crucial to the development of many contemporary art genres, from performance and video to conceptual art and theatre. Since 1968, her practice has explored ways of seeing, the rhythms of rituals, and the authority of objects and gestures. Jonas has exhibited, screened and performed her work at museums, galleries and large scale group exhibitions throughout the world, such as: Taipei Biennal; Documenta 5, 6, 7, 8, 11, and 13; the 2008 Sydney Biennial; the 2008 Yokohama Triennial; and the 28th Sao Paolo Biennial. She has recently presented solo exhibitions at Le Plateau and Jeu de Paume, Paris; Museum of Modern Art, New York; Bergen Kunstall, Norway; Museum of Contemporary Art, San Diego; CCA Kitakyushu, Japan; Contemporary Art Museum, Houston; HangarBicocca, Milan; CCA Wattis Institute, San Francisco; NTU Centre for Contemporary Art, Singapore; and the United States Pavilion for the 56th Edition of the Venice Biennial.

Barbara Clausen is an independent curator and professor in the Art History Department at the Université du Québec à Montréal. She has written extensively on the mediation and historization of performance art and curatorial practices. Since 2000 she has curated numerous exhibitions, symposia and performance events in Europe and North America at venues such as MUMOK Vienna, and Tate Modern. In 2013 she curated the first retrospective of Babette Mangolte at VOX, Centre d’image contemporaine, and in 2014, the exhibition and performance series STAGE SET STAGE: On Identity and Institutionalism at SBC Gallery of Contemporary Art. Clausen is the director of the long-term university research project An Annotated Bibliography: performance art in Quebec and Canada presented as an exhibition at ARTEXTE in 2015. 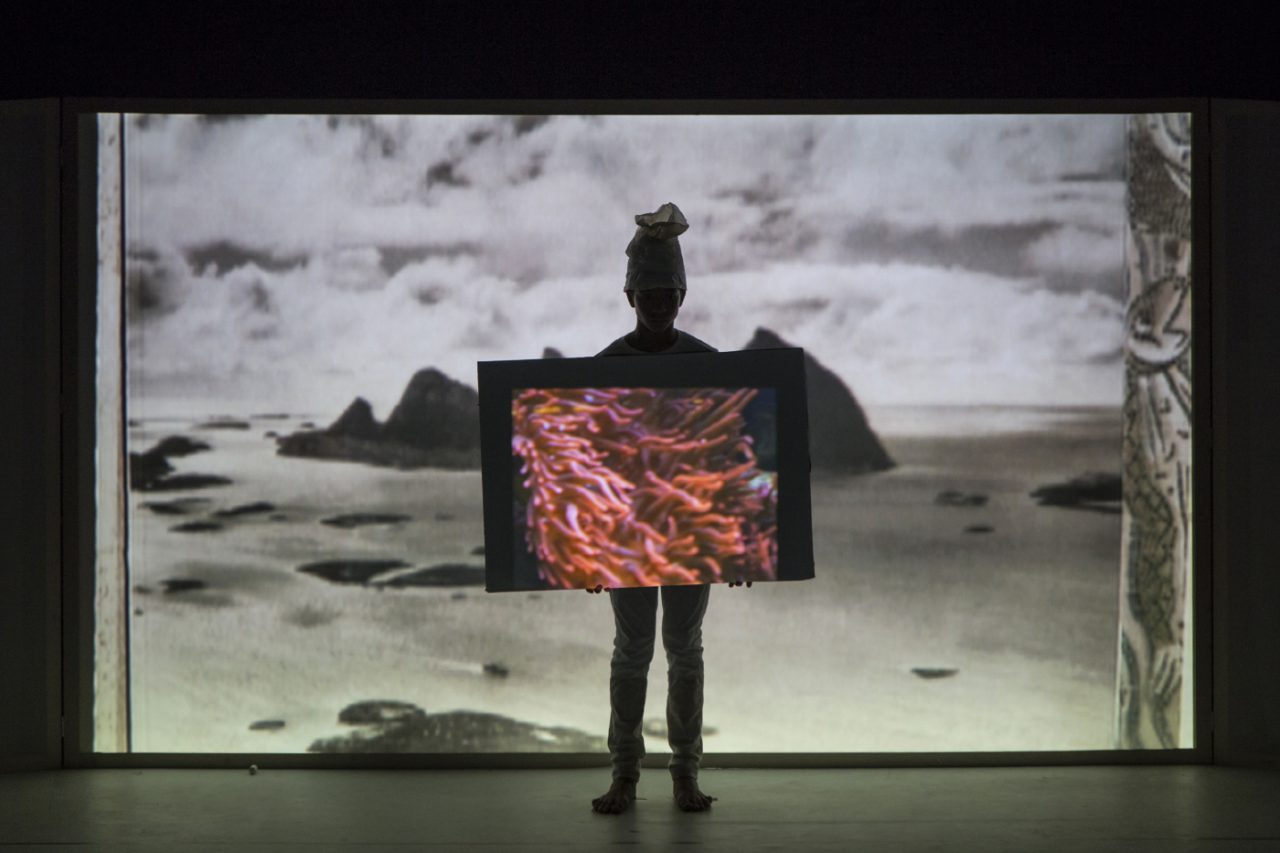 Joan Jonas
They Come to Us without a Word II, 2015
Performance view, Teatro Piccolo Arsenale
Music by Jason Moran and Joan Jonas
Photo: Moira Ricci
Courtesy of the artist