Few organs are as charged as the human heart. Seen as both the seat of human identity and the archetypal symbol of love, it is an organ that has been ascribed qualities and associations far beyond its anatomical functions. Since the first heart transplant in 1967, the technical aspects of the operation have been streamlined, and heart transplantation is now the accepted therapy for end-stage heart failure.

While significant research has been conducted in transplantation using the bio-medical model, few researchers have explicitly connected organ recipients’ experiences and cultural views about transplantation to the notion of embodiment. And until recently, little inquiry has been made into the emotional or psychological states of the recipient post-surgery.

In 2010 Dr. Heather Ross, Dr. Susan Abbey, Enza De Luca, Oliver E. Mauthner, Dr. Patricia McKeever, Dr. Magrit Shildrick, and Dr. Jennifer Poole published a groundbreaking and controversial paper entitled “What they say versus what we see: ‘hidden’ distress and impaired quality of life in heart transplant recipients” in the Journal of Heart and Lung Transplantation. This transdisciplinary research team, PITH (the Process of Incorporating a Transplanted Heart), spearheaded an effort to investigate the under-examined emotional and psychological effects of heart transplantation.

With the goal of bringing this concern to the general public, they invited four artists—Ingrid Bachmann, Andrew Carnie, Catherine Richards, and Alexa Wright—to draw from PITH’s research data for the purpose of creating new works that explore diverse aspects of this complex phenomenon, such as inter-corporeality, community, mythology, and symbolism around the heart.

The resulting Hybrid Bodies project examines organ recipients’ experiences and cultural views about transplantation, linking them to ideas of embodiment, identity, and kinship. The aim of this project is to explore the complexity of organ transplantation in a novel way that raises awareness and makes it accessible to the public, providing a context to discuss and explore these ideas.

Works executed in a range of media will be presented in this first public iteration of Hybrid Bodies, which we hope will provide a tangible focus for these discussions.

Alexa Wright is a visual artist who works with photography, video, sound, and interactive digital media. Most of her projects involve collaborations with medical scientists and/or people with medical conditions or disabilities, and explore philosophical questions concerning human identity and its boundaries. Wright’s photographs and video installations have been exhibited internationally, including shows at the International Women Artists Biennale, Korea (2007); Centro Historia, Zaragoza, Spain (2008); DaDa International, Liverpool, UK (2010); Ormeau Baths Gallery, Belfast; and Phoenix Arts Centre, Brighton, UK (2011). She is currently working on Monstrosities, the human monster in visual culture, a single-authored book to be published in London by IB Tauris in 2013.

Ingrid Bachmann’s work is polymorphous and multi-disciplinary, employing a range of materials and techniques. She often uses existing sites or found or discarded objects, as well as life forms such as humans, hermit crabs, and tectonic plates. She sees her job as an artist as akin to that of a dowser – searching for improbable if not impossible things that are out of sight but present in the world around us. Bachmann’s work has been presented nationally and internationally, including exhibitions at the 11th Havana Biennial, Cuba; Manif d’art 6, Quebec; and Command Z: Artists Exploring Phenomena and Technology, USA. She has lectured at Goldsmiths College, London; University of Wollongong, Australia; Southern Alberta Art Gallery; University of Maryland at Baltimore; the Banff Centre; and The School of the Art Institute of Chicago. She is also a founding member of Hexagram: Media Arts Institute, and is the director of the Institute of Everyday Life, an art/ideas lab based in Montreal, Quebec.

Andrew Carnie is an artist and academic whose artistic practice often involves a meaningful interaction with scientists in different fields as an early stage in the development of his work. Other works are self-generated and develop from pertinent ideas outside science. Carnie’s work has been exhibited at the Science Museum, London; the Natural History Museum, Rotterdam; the Design Museum, Zurich; Amnesty International Headquarters, London; the School of Hygiene and Tropical Medicine, London; Exit Art, New York; Williams College Museum of Art and the Great North Museum, Newcastle. His work is also represented in collections in England, Germany, and America. He is currently part of the teaching team in Fine Arts at Winchester School of Art, University of Southampton, England.

Catherine Richards is a visual artist working with new and old technologies. She often works collaboratively with scientists, and won the Artist in Residence for Research Fellowship (AIRes) at the National Research Council of Canada, 2002-2005.  Richards has exhibited internationally, including Zentrum für Kunst und Medientechnologie (ZKM), Karlsruhe, Germany; Biennale of Sydney, Australia (2004); ACM SIGGRAPH, San Diego; the National Gallery of Canada, Ottawa; and The Powerplant, Toronto. Her work has been discussed in Art and Feminism, Phaidon Press; and Frances Dyson in sounding new media: Rhetorics of Immersion and Embodiment in the Arts, University of California Press. It has also been included in key surveys such as the recent Art & Science Now, edited by Stephen Wilson, Thames & Hudson; and Art and Electronic Media, edited by Edward Shanken, Phaidon Press. Currently she is a professor in the visual arts and University Research Chair at the University of Ottawa, Canada. 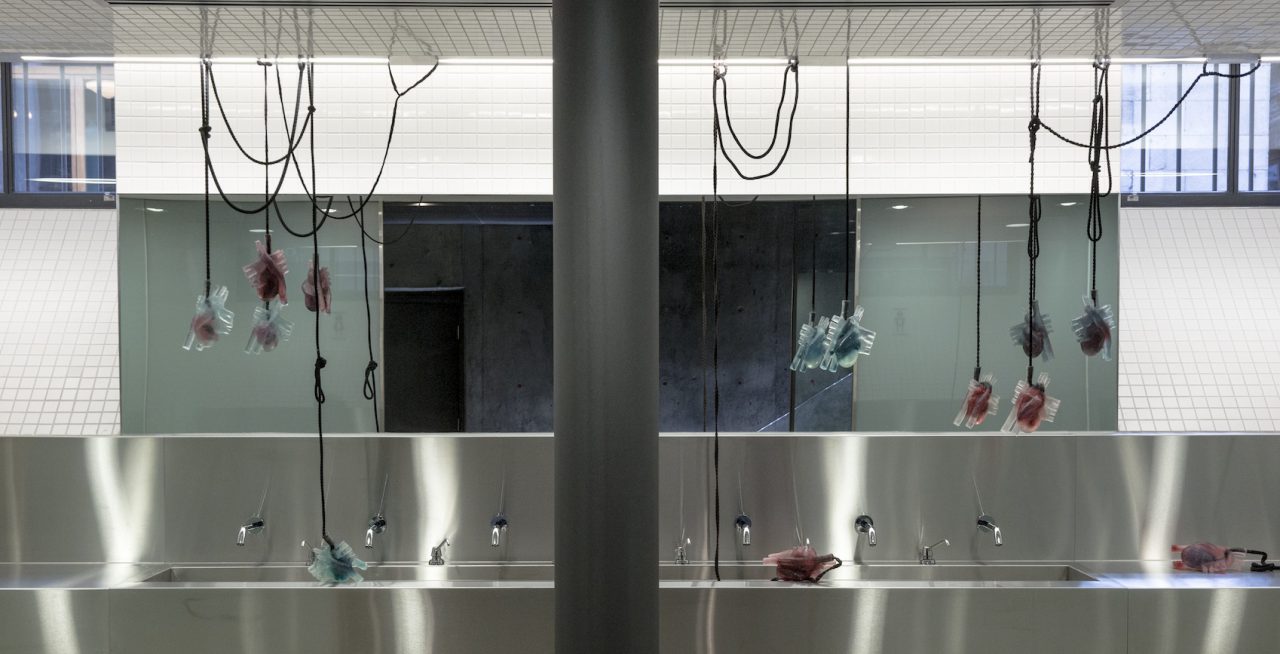