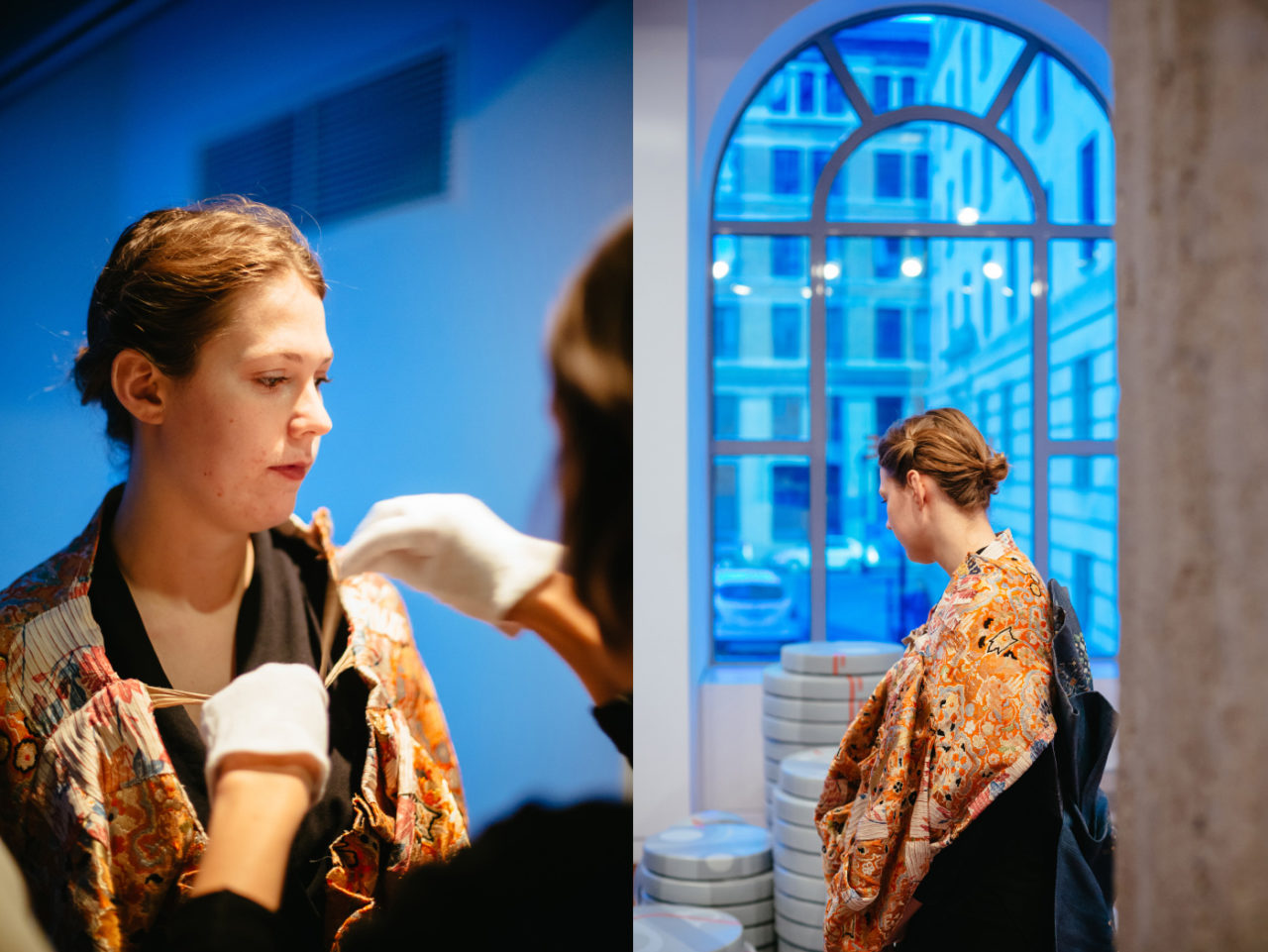 Brittany Rae: The approach is different in the way that I'm usually preparing for an opera, and in an Opera the character and story stay the same. As a demigod, the environment around you is always changing; the people, the vibe of the space, and the space itself when offering the gift. There are more controlled factors in my past roles, so I consider that when I mentally prepare for Sonic Blossom. I always take time to vocally prepare, that’s important, but singing for Sonic Blossom feels different than a performance, especially the more I do it because there's just more flexibility and requires me to open myself. When I'm not mentally in the space to give as much it becomes harder, so being patient and mentally preparing for the possibilities is the most important for me.

BR: I definitely think there would be something missing if I wasn't wearing it, the words that come to my mind right away are the aura of mystery and suspense it generates, if it wasn't as beautiful to look at maybe it would be easier to consider not wearing it. It being so beautiful really grabs the attention of the receiver as they receive a (hopefully) beautiful gift. It feels heavy, but I love that because it centers me, and the little moment right before I sing I find it grounds me. Maybe that was Lee Mingwei’s intention, but I really love that aspect of it, feeling solid.

Many visitors are unaware of the emotionally charged backstory that spurred the creation of this piece prior to receiving the gift. Do you find the responses of the visitors change in any way once they’re informed of the origin of the work

BR: That’s a hard one, I can't think of many instances where even after explaining the origin - I don’t know if I’ve told many people, actually. I don't think it really changes the way you interact with the gift, it's always cool to know the backstory but I don't think that it changes the impact of it.

BR: I’ve had a couple receivers who were familiar with German, and I noticed that there's a heightened sense because they’re understanding the words, but I don't feel like it’s strongly changed anything, maybe just increased the level of attention. With people who have a background in music or song, they usually comment on being classically trained or knowing someone who is classically trained. They’re more accustomed to hearing the human voice but they also have a greater appreciation for it as their ears and minds are ready to accept the sound. For people who aren’t familiar with music in the same way, the willingness comes a bit slower. There’s a worry that they’ll have to perform or participate and that timidness isn't as present with people in the field.

BR: Choosing someone and the spontaneity, there's a temptation to choose a random person but I try to pace myself and feel the energies of people around me, and observe them as opposed to trying to fill a quota. Them not knowing what to expect, trusting that as the giver it can be stressful in the moment, it teaches me and them to just trust more, which is clearly lacking in the world. That's what's interesting about this project, accepting the intimacy between strangers. The most exciting thing is beyond the physical responses, but the most telling moment is the change in people's eyes once the song starts, it's so subtle and minute but once that light turns on, that’s really magical, that moment.

Each of you have been given a selection of Schubert’s Lieders to offer as a gift. I’m curious as to the thought process behind choosing the song you’re going to sing in the moment; is it somewhat random? Or have each of the songs acquired a particular meaning to you that comes into play when you’re choosing which one to perform?

BR: I’d say there's one song, for me, that I love singing more than the rest, and I find that if I’m excited about the gift im going to give that will transfer into the performance. I love singing all of them, but Du bist die Ruh and Nacht und Traume just give me that extra excitement. They have different qualities that make it somewhat easy for me, but the ease is also from the excitement I feel when singing them. Vocally, they’re my favourite. But sometimes, I go into the performance thinking I’m going to sing one song, and then at the last moment I change my mind because of my interaction with the person and their vibes. And sometimes it's because I haven't sung one in a while and I want to change it up. 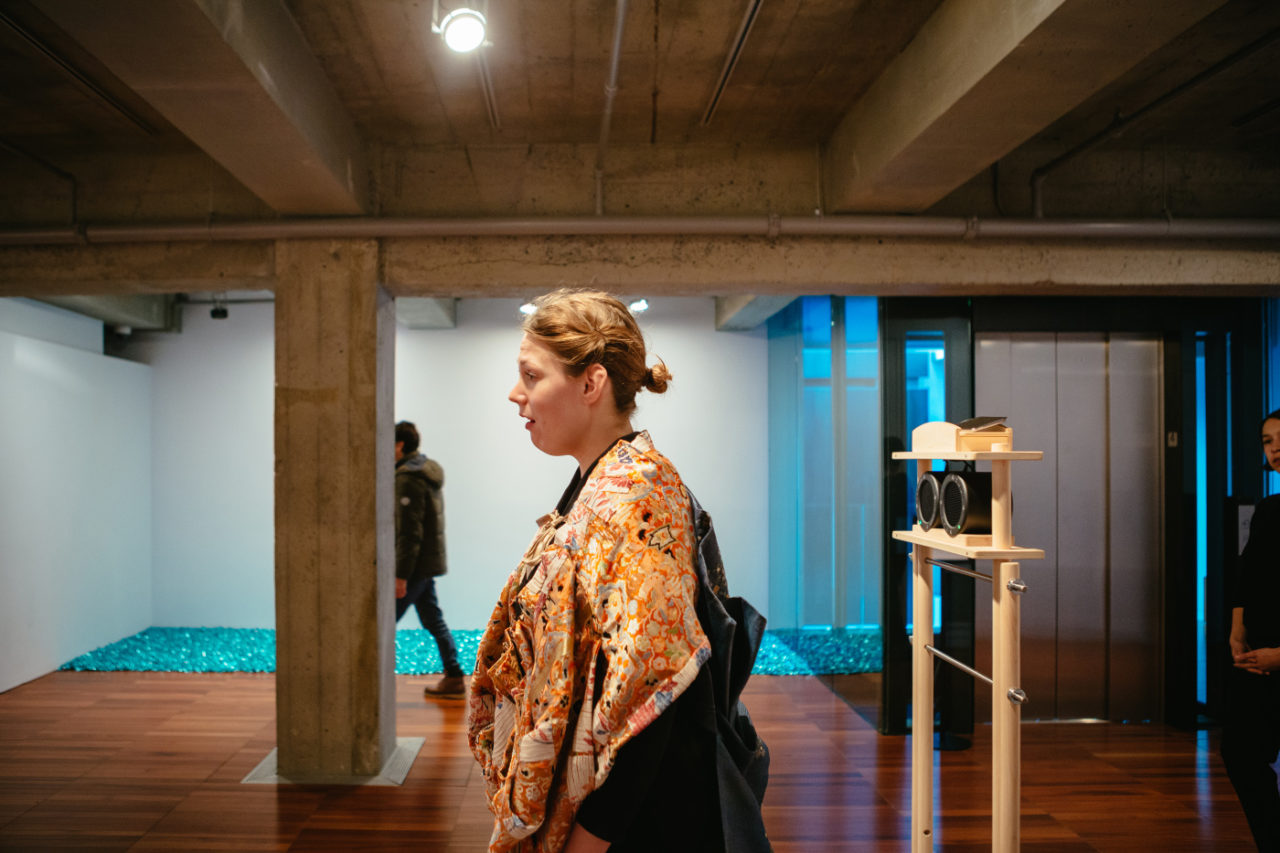 The PHI Foundation presents a selection of its favourite perfomances from its archives. Selection by Victoria Carrasco, PHI Foundation Gallery Management and Adjunct Curator – Public Programs. As a team member at the PHI Foundation, I have been able to work
Read More

The PHI Foundation launches the podcast series The Aura

Built on a shared commitment to connecting art with audiences, the PHI Foundation for Contemporary Art and Phi have collaborated on The Aura, a new podcast series that takes the listener inside and outside the work of art in discussion with those who create, curate, write,
Read More