Seeing is Hearing is Believing

Seeing is Hearing is Believing

Last week, a troupe of children sporting blue YMCA baseball caps trekked all the way from the downtown Y to the front steps of DHC/ART for a guided visit and an art-making workshop. Each carrying their own oversized backpack, the group of forty 6 to 8-year-olds brought with them youthful energy, creativity and a thirst to look at and to make art. They were curious, open-minded, interested and excited, ready to discovery the beautiful, sublime, mathematical world of Ryoji Ikeda.

Some highlights from our afternoon together include: 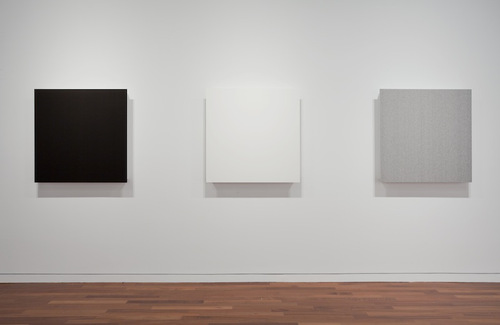 We began on the first floor of the main building, sitting on the floor in front of Phi, E, and Pi. First, the children were asked to turn their baseball caps backwards (which they thought was hilarious). Next, they were invited – three by three – to go as close to the works as they could without touching them and to peer deep inside. Each of them “Wowed!” and giggled with excitement when they discovered the hidden treasure, but they were very good at keeping their findings a secret so as not to spoil the surprise for the others. The fact that so much could be hidden in three works that just looked like monochromes at first glance was absolutely mind boggling to them. 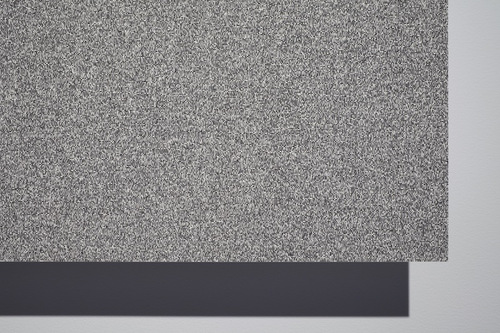 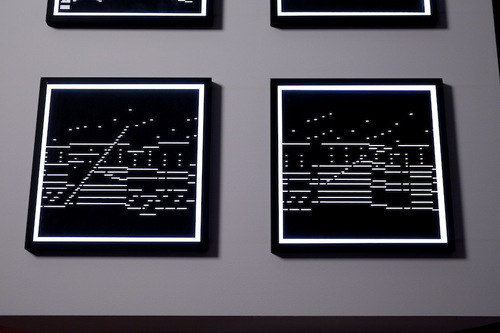 On the second floor, the campers learned all about player pianos by examining the artwork (which was particularly fascinating for those who played the piano) as well as images of player pianos.  They also each got to manipulate little music boxes to understand the principle of how the instrument can “read” a text that was written for it alone.  The joy that they experienced in cradling the teeny tiny metallic objects in their teeny tiny hands, and of listening to (and being in control of) the music that the boxes created was quite something. 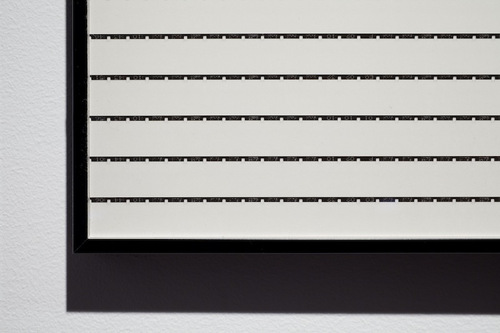 Children are the best philosophers. Entering into a discussion of the existence of silence with 6 to 8 year-olds is something that should be done more often. They were incredibly thoughtful, and interested in the ideas that John Cage was exploring in the 1950s. We talked about whether they had ever really heard silence, about the constant presence of their heartbeat, about the idea that perhaps silence does exist but humans are not able to hear it… the classic “If a tree falls in the forest and no one is there to hear it, does it make a sound?” debate. 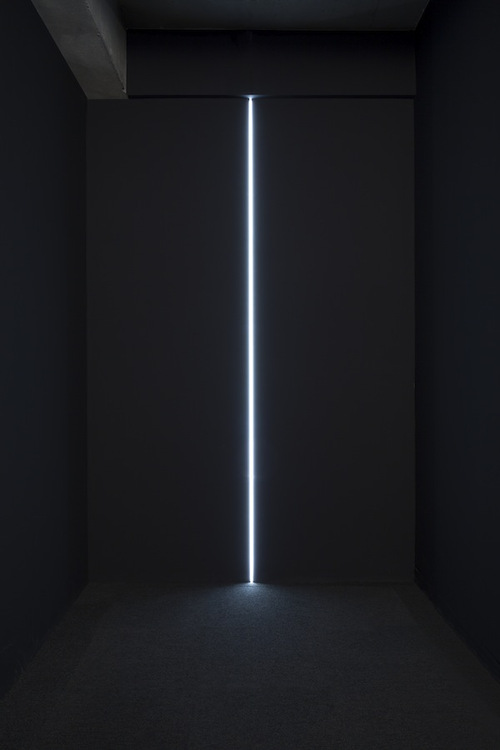 Line provided an opportunity for the children to confront their understandings of darkness and lightness and to see how their ideas could be challenged. As opposed to what they had previously thought about the different feelings associated with light and dark, they saw, in approaching Line, that light could also be frightening, could represent the unknown, and lead to mystery. The fact that two supposed oppositions could be so easily interchangeable was fascinating to them.

Pure delight came to the surface in the satellite space with data.tron. Squeals of joy, laughter, and the utter disbelief emerged as their bodies became imprinted with data and filled with such intense sounds that they barely knew what to do. They jumped, walked around and lay down. They stared at their surroundings, bewildered and overjoyed with curiosity for the wonder at the pure grandeur of the immersive work.  It was a true spectacle.

After the initial reaction, we created a communal drawing on a large piece of white paper, which the children sat around equipped with markers. They drew whatever the music inspired them to draw. Spaceships, stars, planets, robots, computers, popcorn, fireworks emerged. One little girl drew a ballerina, because the music made her want to dance. Ideas spilled out of their markers onto the sheet of white paper, which was covered in creativity within minutes.

They saw, they heard, and believed in the artwork of Ryoji Ikeda. The exhibition opened up avenues in their little beings that had perhaps not yet been explored. Images were offered that they had never seen before. Sounds resonated that they had never heard before. Philosophical ideas were brought up that they might not yet have contemplated. It was a beautiful experience to witness, and I thank the campers and the staff for sharing their enthusiasm and creativity with DHC/ART!

Diasporic Identities: A Poetics of Relation and Dispersion

From the Vault: Dissections and Public Programming Favourites