The exhibition Everything That You Desire and Nothing That You Fear by Jasmina Cibic deals with the themes of the formation and instrumentalisation of national identity using techniques of aesthetics and ‘soft power’, all through a case study of former Yugoslavia. This is particularly done by textual and oral means and a rearticulation of text fragments. Inspired by this approach, I created a project in response to the exhibition in association with the Platform program and the Phi Foundation’s Education and Public Engagement Department. 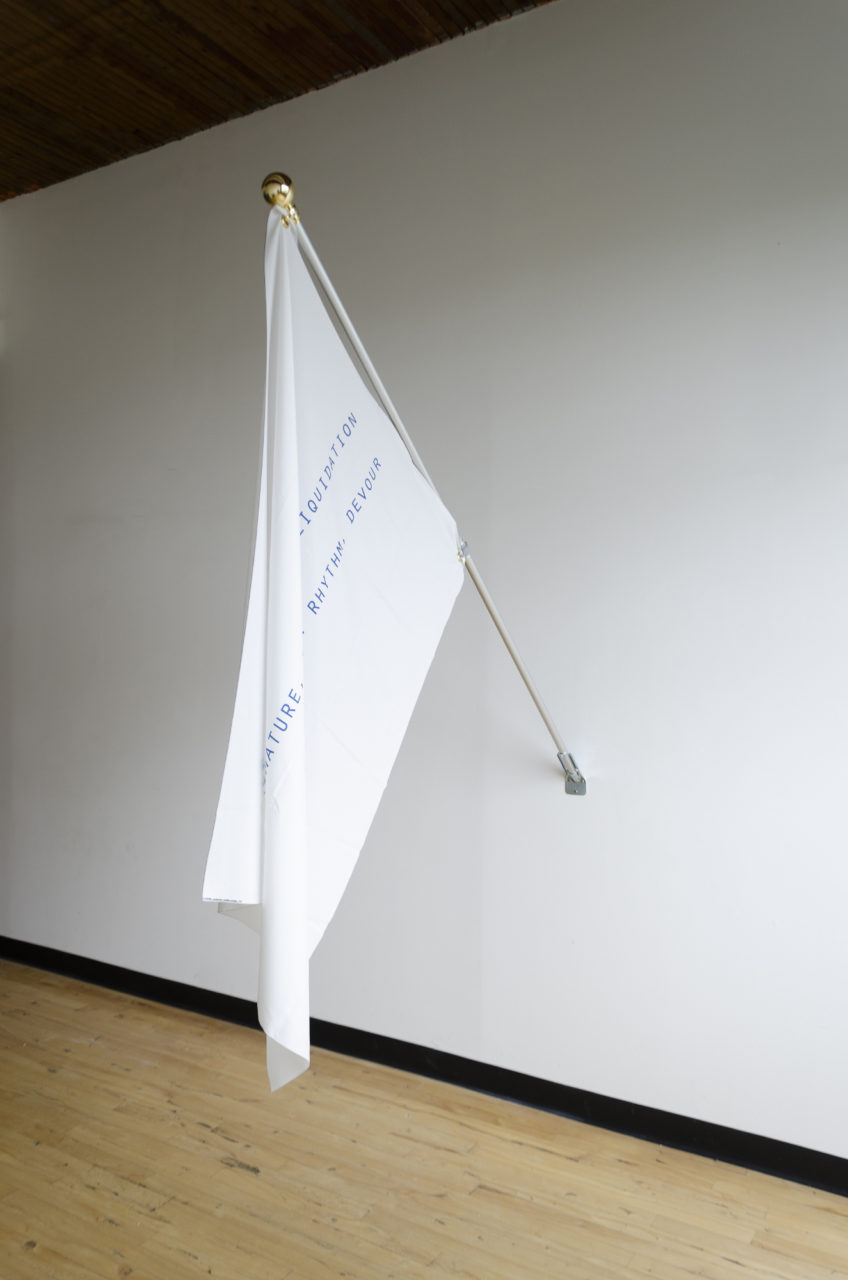 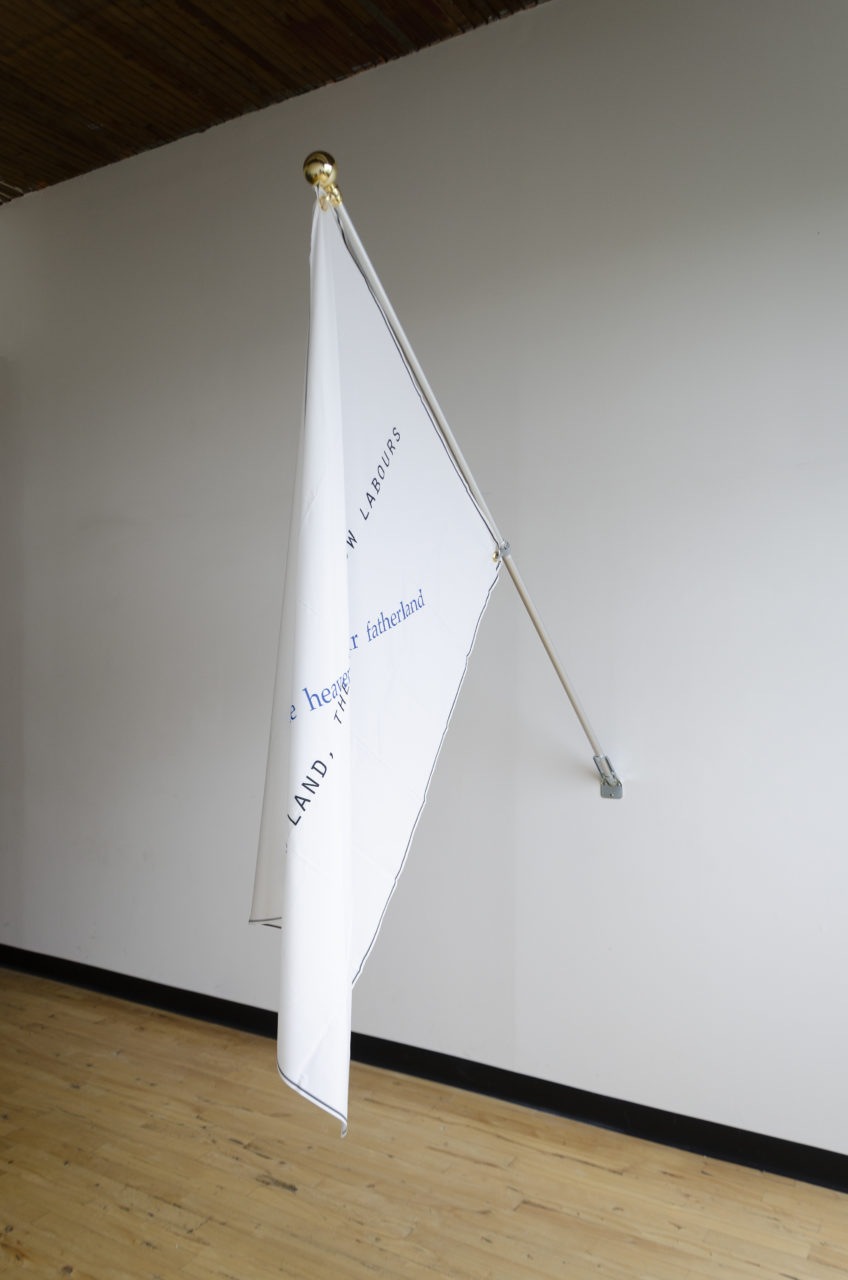 Maxims is a series of six white flags, each bearing stylized texts based on the speeches of the Italian fascist leader Benito Mussolini. The work consists of six flags, 54" x 39", each with formal arrangements of lines of text. Each of these texts was written by the use of a modified cut-up technique, consisting of selection of text fragments and their subsequent recombination, to ‘rewrite’ Mussolini speeches into poetic form, to be inscribed on the flags in fonts based on Italian fascist architecture and futurist poetry. The work is presented on flag poles, in any variety of ways (standing, wall-hung, etc.).

Based on the speeches of Mussolini, these poetic rewrites focus on the conception of nation and land as gendered, as well as the sexual shorthand used to express identity and how Mussolini’s speeches are linked to libidinal economies, that is, politics of desire and attraction. The work takes on these shorthands in a more explicit way to express the seductive language of sexuality that underpins the conceptions of nation and domination (put forward by Mussolini) as a kind of ‘soft power’. By making these sexual undertones explicit, the work attempts, firstly, to make them known, and, secondly, make them absurd and sickening, thereby embodying a critique. What these poems reveal is the coding of the military as masculine and territory as feminine, showing an expansionist drive and sensual logic of conquest and domination; a technique that creates the impression of naturalness of military action and acts as ‘soft power’, a kind of power based on attraction and co-option as opposed to coercion, playing off of libidinal economies to be desirable and enjoyable, both as action and identity concepts.

Paul Lofeodo was born in Toronto, Canada and now lives and works in Montreal where he received his Bachelor of Fine Arts with a minor in Sociology from Concordia University. Paul Lofeodo makes photo-based installations dealing with themes of embodiment and hegemony. Influenced by his studies in Sociology, Lofeodo applies a marxist and psychoanalytic perspective to the embodied practices of tradition, identity and social institutions.

This project was developed as part of Platform.